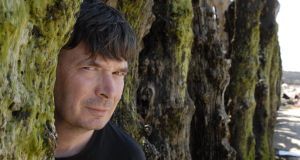 Recently retired, the former Inspector Rebus returns to the ranks of the Edinburgh police in Ian Rankin’s Saints of the Shadow Bible (Orion, €20.50), but the morose Rebus has even more to grumble about than usual. Not only has he been demoted, and to below the rank of his one-time protegee Siobhan Clarke, but his nemesis from the Police Complaints and Conduct Office, Malcolm Fox, is investigating some very dubious convictions secured by Rebus and his colleagues from his time as a callow cop 30 years previously, when he was inducted into a gang of notoriously hardboiled policemen who achieved their results by any means necessary.

Meanwhile, Rebus and Clarke are investigating what might be a murder involving justice minister Patrick McCluskey, a Scottish National Party stalwart and the face of the Yes campaign as Scotland gears up for a referendum on independence from the United Kingdom. Past and present collide in a satisfying police procedural delivered in Rankin’s customary laconic style, with its most fascinating aspect a portrait of a young and – whisper it – idealistic Rebus. Intriguingly, Rebus, Fox and Clarke get equal billing here, with strong hints about the direction of Rankin’s future novels.

Arlene Hunt is best known for her Dublin-set Quick Investigations novels, which feature the private-eye duo John Quigley and Sarah Kenny, although her most recent offering, the standalone The Chosen (2011), was set in a remote rural setting in the US. In The Outsider (Portnoy Publishing, €11.50), Hunt sets her story in another rural setting, that of Co Wicklow, with the story centring on the twins Emma and Anthony Byrne. A teenager who “may or may not be on the autism spectrum”, Emma develops a rare ability to rehabilitate physically and psychologically brutalised horses; why would anyone want to harm such a gentle soul? The backdrop of the Wicklow countryside suggests that The Outsider belongs to the “cosy” or “malice domestic” tradition, but while the style and setting are far removed from the hardboiled conventions, Hunt excels at excavating the petty passions of village life that, unchecked, lead here to anger, obsession and murderous rage. Moreover, The Outsider is not the straightforward narrative of taboos broached and justice served we expect from “cosy” novels. In creating a community of apparently ordinary people capable of extraordinary cruelty, Hunt deftly blurs the lines between justice and revenge and propels her tale into the realms of true tragedy.

Donna Leon’s Commissario Brunetti novels are set in Venice, as is The Jewels of Paradise (Arrow Books, €12.99), but this novel is Leon’s first standalone title. It features Caterina Pellgrini, a Venetian-born musicologist who has returned to her native city to help identify the legal heir to the legacy of the 16th-century baroque composer Agostino Steffani. As her research proceeds, however, Caterina learns that the real mystery is not that of the true heir but what part Steffani, who was also an emissary for the Catholic Church, played in a politically inspired murder in Germany three centuries earlier. Fans of Leon’s work will find much to enjoy here, particularly her elegant descriptions of day-to-day Venetian life and the city’s architectural wonders, and Caterina makes for an enjoyably irreverent companion for the tour. The central mystery is rather less gripping, however, as Caterina searches for clues to prove her theory about a centuries-old murder that, even if she is proved correct, will have no consequences for any of the contemporary characters.

Paul Johnston’s The Black Life (Crème de la Crime, €18.99), his sixth to feature the Greek-Scottish private detective Alex Mavros, is also rooted in the past, but here the past becomes more relevant with each passing day. Hired to investigate the apparently miraculous reappearance of Aron Samuel, a Jewish man thought to have died in Auschwitz, Mavros travels to the city of Thessaloníki. Soon he finds himself embroiled in a tale that links the extermination camps of the Third Reich with the recent rise of Phoenix Rises, the Greek fascist party. What follows is a powerful novel on many levels. Johnston doesn’t shy away from describing the hellish activities at Auschwitz, and he further explores the extent of the collaboration between Greek citizens and the German authorities when it came to deporting the Jewish population of Thessaloníki. He also investigates the activities of those Jewish men and women who took revenge on former Nazis in the postwar years, weaving the narrative strands through a political tapestry that includes the beliefs of Mavros himself, whose own family suffered terribly for their communist leanings during the reign of the Colonels. Harrowing in places, it’s a gripping private-eye novel that offers a chilling snapshot of modern Greece.

Never Go Back (Bantam Press, €21.50) is the 18th Jack Reacher novel from Lee Child, which finds the perennial loner finally returning to Washington DC after a number of years spent wandering the “Wild West” states of Nebraska and Wyoming. Reacher has been trying to get to DC since he first heard the voice of Military Policewoman Susan Turner on the phone in 61 Hours (2010), but as soon as the ex-MP arrives in the city he finds himself arrested and reinstated in the army, the better to face a long-dormant charge of murder. Reacher deploys brains and brawn in equal measure in pursuit of the truth. As always, Reacher’s laidback style of narration belies a propulsive pace, although Never Go Back finds Reacher emotionally vulnerable for once, and a warmer, more satisfyingly empathic character for the experience.

Declan Burke is a writer and journalist. With John Connolly, he is the editor of Books to Die For (Hodder & Stoughton)