Crime: plenty of spills and thrills in latest batch of noirish novels 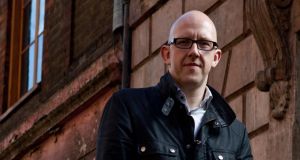 SJ Watson’s debut, Before I Go To Sleep (2011), was a clever domestic noir told by an amnesiac protagonist. His follow-up, Second Life (Doubleday, €16.99), is another psychological thriller rooted in family conflict, although here the heroine, the ostensibly respectable suburban housewife Julia, would prefer to forget aspects of her wild-child existence in Berlin before she met her husband, Hugh.

A part-time photographer, Julia has an expert eye for the “perfect moment”, but the fact that the first photograph we encounter is of a mirror’s reflection informs us that Julia will very soon be stepping through the looking-glass. When her sister Kate is murdered in a mugging in Paris, Julia embarks on a campaign to discover the killer’s identity by trawling the dating websites Kate used and offering herself as bait.

What follows is a tense tale of cat and mouse, of multiple identities and sordid betrayals, all of it sprinkled with illicit and occasionally dangerous sex. Still fascinated by her Berlin-era friends, “people for whom identity was fluid, shifting”, Julia’s desire to broach social taboo and embrace a secret “second life” clashes with her sense of duty to Hugh and son Connor. This provides the narrative tension that drives an enthralling story, even if it does tip over into frenzied improbability in the final few pages.

The debut novel of the Irish author Steve Cavanagh, The Defence (Orion, €16.99), has what is likely to be the most implausible opening to a thriller this year, as Eddie Flynn – New York ex-lawyer, ex-con artist – is abducted by the Russian mafia, dressed as a walking bomb and sent into a courtroom with 48 hours to ensure a mobster is found not guilty in his murder trial.

One man’s implausible is another’s bravura opening gambit, and Cavanagh’s high-concept legal thriller, barrelling along as Eddie schemes to escape the Russians’ clutches and take his revenge, reads a lot like a courtroom drama that Lee Child might write about Jack Reacher’s younger, hotter-headed brother.

Cavanagh, a Belfast-based solicitor, isn’t particularly interested in legal niceties: this is a foot-to-the-floor thriller that pulls out with tyres smoking and takes no prisoners until it judders to a halt 400 pages later. If subtlety is at a premium, there’s no mistaking the ambition: this is story-telling with the kind of verve and chutzpah last seen in an Irish debut crime novel in Stuart Neville’s The Ghosts of Belfast.

Set in the Caribbean, Jane Lythell’s After the Storm (Head of Zeus, €15.99) opens with tourists Rob and Anna renting Owen and Kim’s creaky old boat, the El Tiempo Pasa, the foursome setting sail for what should be a leisurely cruise. Owen, however, is a man of secrets, and Rob and Anna very quickly find themselves in stormy waters. Lythell’s strength is in her descriptions of the story’s idyllic backdrop, the deserted islands and bustling ports. She’s also good at conjuring up a beguiling sense of the lazy, hazy days of a Caribbean cruise.

The story itself feels a little mechanical, plodding along, much like the El Tiempo Pasa itself, as it struggles to escape its midnovel doldrums. The characters err on the rudimentary side, facilitating the plot rather than coming across as the fully fleshed people that would have done justice to the lushly realised setting.

Attica Locke’s debut novel, Black Water Rising (2010) was shortlisted for an Edgar Award and the Orange Prize. Her third, Pleasantville (Serpent’s Tail, €22.50), set in 1996, again features Jay Porter, a black lawyer from the Pleasantville neighbourhood who specialises in environmental law. He finds himself defending the alleged killer of a teenage girl during a mayoral election in Houston. Is the murder the third in a serial killing spree or the filthiest of dirty tricks in the election campaign?

An excellent thriller on one level, Locke’s novel offers a beautifully detailed character in “Jay Edgar Porter”, a bereaved father struggling to cope with his loss. The story also has a fascinating political angle in the dirty-tricks campaign, aimed at disrupting the power of the black voting bloc and prefigures the Rove-Bush strategy in the 2000 presidential election. All told, it’s gripping blend of the personal and the political.

Richard Price, author of Clockers and Lush Life and an Edgar Award winner for his screenwriting on The Wire, adopts the pseudonym Harry Brandt for his latest novel, The Whites (Bloomsbury, €22.50). “Whites” is NYPD-speak for killers who walked away from their crimes, leaving them unsolved; Billy Graves, the last serving detective of a close-knit crew of seven cops called the Wild Geese, gradually begins to realise that the group’s ‘whites’ are dying in violent circumstances. Should Billy investigate the deaths if his findings are likely to lead back to his friends? And why are Billy’s home and family being stalked?

This is more a thriller about cops in peril than a conventional police procedural; it pays homage to both John D MacDonald’s classic The Executioners (1957) and Joseph Wambaugh’s blackly comic Hollywood novels. The Whites is an engrossing tale of moral relativism and crude justice, as Billy’s personal concerns are juxtaposed with an unusually rounded, sympathetic portrait of the man who has set himself up as Billy’s nemesis.