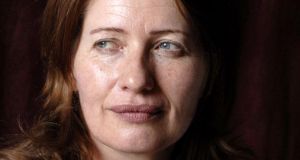 The 13th novel in the Charlie Parker series, John Connolly’s A Song of Shadows (Hodder & Stoughton, €22.50) opens in the remote Maine coastal town of Boreas. Recuperating from grievous wounds sustained in his previous outing, A Wolf in Winter (2014) – Parker was declared clinically dead before being resuscitated – the private investigator is drawn into a bizarre case when an obsessive Nazi hunter is discovered dead on a nearby beach. No stranger to evil, Parker finds himself immersed in the horrors of the Holocaust and determined that this particular evil will not thrive on his watch.

Connolly (with whom I edited the anthology Books to Die For) has for years been gradually refining the supernatural and horror tropes that gave the Parker novels their distinctive identity, and A Song of Shadows, blending the language of myth and New Testament into a hard-boiled tale, marks a significant shift in Parker’s metamorphosis into an explicitly Christ-like figure. (“This one bleeds from the palms,” observes one of his foes.) That notion has been explored before, most notably by Ross Macdonald and James Lee Burke, and although A Song of Shadows more than earns the right to be judged in such company, Connolly further appears to be breaking new ground, not least in terms of Parker’s haunting relationships with his daughters, one dead and one living. It’s a fabulous piece of work from one of contemporary fiction’s great storytellers.

The second of Ferdinand von Schirach’s novels to be translated from German into English – the first, The Collini Case, was published in 2012 – The Girl Who Wasn’t There (Little, Brown, €19.50) concerns itself with a renowned photographer, Sebastian von Eschburg, whose personality was shaped in his youth by his mother’s alienation and his father’s suicide. When Eschburg is accused of murdering a woman his defence lawyer, Konrad Biegler, has plenty to play with: first, the prosecution accepts that Eschburg’s confession was obtained by torture; second, there is no proof of the murder in the form of a body. Employing an elliptical narrative style that leaps over aspects of the story more conventional crime writers might focus on, von Schirach weaves a tale that challenges the reader’s preconceived notions of the crime novel and the myth of justice it peddles. An invigorating, thought-provoking read.

Ren Bryce, the Denver-based FBI agent with the “Safe Streets” programme, returns in Alex Barclay’s seventh novel, Killing Ways (Harper Collins, €16.99). A particularly vicious serial killer is targeting women in Denver, but Ren, bipolar and off her meds in order to stay sharp, may not be the best person to lead the investigation. There’s a raw intimacy to Barclay’s portrayal of Ren Bryce, given that we’re privy to the self-torturing Ren’s unfiltered thought process. The most remarkable aspect of the novel is the degree to which Barclay forces the reader to consider the consequences of brutal murder; indeed, there’s an element of horror in the brutal poetry that describes not only the victims’ remains but also the reasons why the killer is so savage.

In William Giraldi’s second novel, Hold the Dark (No Exit Press, €13.50), the author and wolf expert Russell Core is summoned to the Alaskan village of Keelut, a place that doesn’t “have full membership of the rest of the world”. There Core attempts to explain the science behind a recent spate of fatal wolf attacks on children. His best efforts at protecting the wolves, however, come to naught when the father of one of the children, an Iraq War veteran named Vernon Slone, returns home and embarks on a killing spree.

Written in a spare but lyrical style, Hold the Dark is as much a mythical tale as it is a crime-fiction novel. Giraldi employs the topography of the vast, bleak tundra to telling effect, carving a story from its primal elements as if working on scrimshaw, in the process scraping away the facade of contemporary reality to reveal witchcraft, old gods and ancient evil. The harsh landscape and the feral beasts haunting the darkness are Core’s ostensible foes, but ultimately Giraldi’s compulsively readable novel is concerned with the age-old battle being fought in, and for, the soul of mankind.

A “shut eye” is a magician so good at persuading the audience the illusion is real that he comes to believe in the trick himself. In Belinda Bauer’s superb sixth novel, The Shut Eye (Bantam Press, €22.50), the phrase refers both to Richard Latham, a celebrity psychic helping police with their inquiries into the disappearance of young Edie Evans, and to John Marvel, the detective inspector leading the investigation. Marvel is resolutely old fashioned about police work and refuses to countenance any supernatural aid, but his hard-nosed materialism is shaken when he meets Anna Buck, whose young son Daniel has also gone missing and whose grief-wracked visions appear to offer clues to Edie’s whereabouts.

The Shut Eye is an unusual but absorbing police procedural that also functions as a thoughtful meditation on faith, hope and belief. John Marvel may well be a no-nonsense copper, but in a genre that has been dominated in recent times by the CSI school of facts and evidence, Marvel’s journey towards the truth is refreshingly unconventional.

The Simpsons: Hank Azaria quits as Apu after years of controversy
Real news has value SUBSCRIBE