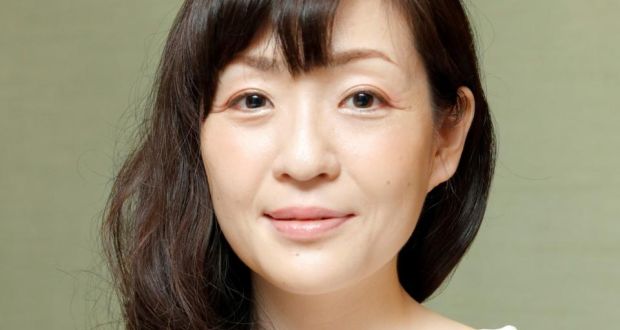 Irasshaimasé! The “stock greeting” to customers in Japanese convenience stores won’t be familiar to most Irish readers, but by the end of Sayaka Murata’s engaging debut novel we are so immersed in narrator Keiko Furukura’s world we might expect to hear it in our local Spar. Convenience Store Woman tells the story of a 36-year-old social misfit who has worked for 18 years in a titular store in Tokyo. Though her family and friends are aghast at this waste of her life and education, Keiko took the job upon leaving school as a way to be “reborn”, to become “a normal cog in society”.

Murata writes with a deadpan humour in early scenes that have much fun depicting Keiko the outsider. As a young child in a playground when all the other children are terrified by a dead bird, Keiko runs to her mother with a very public suggestion: “Let’s eat it!” I said. “What?” “Daddy likes yakitori, doesn’t he? Let’s grill it and have it for dinner!” Her penchant for mild sociopathy continues at school when she tries to help a teacher break up a fight between two boys by walloping one of them over the head with a shovel: “Everyone started screaming as he fell down clutching his skull.”

Keiko’s rebirth as a convenience store worker gives her structure and rules to follow – a blueprint for life. She literally learns the language of her new tribe by imitating the speech patterns of her matronly supervisor Mrs Izumi, or the hip till assistant Sugawara, to great comic effect. Crucially Keiko’s job gives her a function in society, the importance of which is highlighted in later chapters when she no longer works and suddenly finds little reason to get out of bed. Marx’s theories on work and alienation are beneath the surface of Keiko’s story, though the novel is never preachy on its themes.

Instead Murata uses her oddball narrator to deliver quips at an impressive rate about so-called normal social behaviour. Such a device is not new in contemporary fiction. Recent successes include Gail Honeyman’s Costa-winning Eleanor Oliphant is Completely Fine, Paula Cocozza’s How to Be Human and Patty Yumi Cottrell’s Sorry to Disturb the Peace. They all work in similar ways, by placing misfit narrators in absurd circumstances to highlight wider inequalities and hypocrisies in the modern world.

Shiraha is a fantastic foil to Keiko, a misogynist with zero redeeming features, ugly with self-pity and rage.

As an outstanding store worker, Keiko believes she is a functioning member of society, but the joke, of course, is that society is never happy. Her family and friends continually prod at her about her lowly position and lack of a husband. Excruciating coffee morning scenes with female acquaintances are full of tribal politics, one-upmanship and barbed advice.

Murata excels at highlighting the human need to rationalise things we don’t understand: “When something was strange, everyone thought they had the right to come stomping in all over your life to figure out why.” A friend’s husband offers Keiko some unsolicited advice: “That’s right, why don’t you just find someone? It doesn’t really matter who it is, after all. Women have it easy in that sense. It’d be disastrous if you were a man, though.”

More comedy ensures when Keiko takes his advice to heart, coming to an arrangement with a lazy, sexist co-worker that will make her appear “normal”. Shiraha is a fantastic foil to Keiko, a misogynist with zero redeeming features, ugly with self-pity and rage. Like a parody of the worst man alive, he loses his job; moves into her house; sponges off her; won’t let her use her own bath; demands food; and continually puts her down: “I’m a man, so I can still make a comeback, but there’s no hope for you, is there, Furukura?”

His torrents fall on deaf ears with Keiko, whose own lack of emotional intelligence sees her treat him like a pet and analyse his behaviour in clinical terms that hit home with their truth: “Maybe people who thought they were being violated felt a bit better when they attacked other people in the same way.” According to Keiko’s sister though, the relationship with Shiraha is better than being single: “She’s far happier thinking her sister is normal, even if she has a lot of problems, than she is having an abnormal sister for whom everything is fine.”

Murata is an award-winning writer in her native Japan. Convenience Store Woman is her first book to be translated into English and the rights have sold in 12 territories. Ginny Tapley Takemori’s skilful translation captures the balance between the quirky and the profound that propels the novel to its rather abrupt end. This is a story that readers could easily stay with all over again were it to be longer. It is a small complaint for a book that invites us into its world of social normalcy and refuses a convenient exit. Irasshaimasé! to a sure-fire hit of the summer.