Connoisseur of the collective life 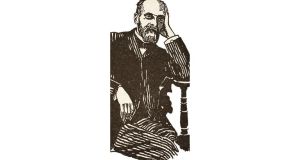 BIOGRAPHY:A remarkable study of Émile Durkheim is a fitting tribute to the influential thinker who dedicated himself to sociology

A sociological lens can be trained on just about any social process, action, event or institution. Such versatility, though, can lead to disciplinary fragmentation. One way to provide narrative unity is to locate sociology in terms of its historical antecedents and, in particular, the founding fathers, widely recognised as a triumvirate of dead white European males.

The “fathers” include Karl Marx, the revolutionary theorist and critic of capitalism, who provided a searing analysis of social inequality; Max Weber, the bourgeois liberal who chronicled the rationalisation and bureaucratisation of modern life; and Émile Durkheim, an early proponent of “third way” politics who eschewed both revolutionary socialism and laissez-faire liberalism.

Durkheim was at heart a moderate and a reformist. He believed that the state should play a central role in the protection of citizens and the moral regulation of society. A lifelong proponent of education as the means towards social emancipation, Durkheim passionately believed in sociology as a powerful instrument of moral education, a necessary counterweight to a world beset by “moral mediocrity, uncertainty and confused anxiety”. The extraordinarily rich seam of social analysis mined by Durkheim was crucial to the discipline’s institutionalisation within the university system in the US and in Europe in the 20th century.

Marcel Fournier’s exegesis of Durkheim’s life and work is much more than a biography of a French academic in fin-de-siecle Europe. It offers the reader an intellectual history of ideas, alongside an insight into the process of knowledge production and the craft and method of empirical analysis. The logic of Durkheim’s argumentation is meticulously (and exhaustively) dissected. Fournier’s forensic examination goes further, though, drawing on a wealth of archival documentation, including correspondence, manuscripts and reports, to re-create the energy, excitement and politically charged atmosphere in which academic sociology in France began to take shape.

Born in 1858, in Épinal, close to Alsace, Durkheim was the fifth child of a pious Jewish rabbi and his wife, the daughter of a well-off horse trader. Durkheim had a strict Jewish education, as it was his father’s intention that he too should become a rabbi. His early experience of Judaism prompted him to view religion not simply as a set of ideas but also as a cult or set of ritual acts. Religion, Durkheim believed, helped to inculcate a strong feeling of coherence, self-consciousness and unity. Religion, and its collective expression in everyday life, occupied a central place in Durkheim’s work, culminating in the classic study The Elementary Forms of Religious Life (1912).

As a student, Durkheim excelled in the elite French school system and went on to take a doctorate at the University of Bordeaux, where he spent the early years of his career. He later moved to Paris to take up a professorship at the Sorbonne. Coming of age in the shadow of France’s defeat in the Franco-Prussian War (1870-71), he was one of a generation of intellectuals who were obsessed with three problems: national recovery, secular emancipation and social and economic organisation. In his doctoral dissertation Durkheim began to address himself to “the social question”. He sought to apply the scientific method to the problems of a weakened and conflict-ridden society, and he saw the merit of promoting political moderation and social integration. Intrigued by the question of how individuals manage their social relations in a society characterised by differentiation and specialisation, Durkheim developed a theory of social solidarity and moral regulation that was published as The Division of Labour in Society (1893).

Durkheim believed that sociology should concern itself with social facts, the external and objective nature of social reality that exists beyond the individual. Social facts are “the substratum of collective life”, he observed in his Rules of Sociological Method (1895), an early attempt to outline a modus operandi for the discipline of sociology. Social facts have a specific character and are discernible in systems of religious, moral and juridical belief. For Durkheim, man (sic) is both an individual and a social being. Ways of thinking and acting are not simply the work of the individual but are invested in a moral power above him.

Durkheim’s most famous work, Suicide: A Sociological Study, was published in 1897. In it, he sought to explore the most individual and private act possible from a sociological standpoint. Durkheim established empirically that the rate of suicide is a social phenomenon that is typically both stable (over long periods in a given society) and variable (from one society to another). A socially integrated society is a powerful bulwark against suicide. Religion, he found, had a moderating influence on suicide, primarily because it is a force for social cohesion. Domesticity and a feeling of common goals with others have the same protective effect. Durkheim’s keen insights on suicide, a malaise of modernity, remain highly pertinent.

A significant figure at the centre of an impressive intellectual circle, Durkheim, with his colleagues, edited the highly regarded L’Anne Sociologique, a showcase for a wide range of sociological studies, between 1898 and 1913.

While Durkheim was acknowledged as primus inter pares, there is no doubt that he benefited much from the collegiality of his editorial team. Many of their robust intellectual exchanges are reproduced here. Particular attention is paid to the avuncular relationship between Durkheim and his sometimes irascible nephew Marcel Mauss, disciple, colleague and collaborator, who would later have a formative influence on structural anthropology.

Durkheim’s world came crashing down in early 1916 with the confirmation of the death of his beloved son on the eastern front. The resilience that had sustained both his brilliant academic career and his role as a public intellectual deserted him. He was dead less than two years later.

Fournier’s remarkable work of scholarship is a fitting tribute to a man who was an innovative and influential thinker, and who dedicated his entire career to advancing the cause of sociology.