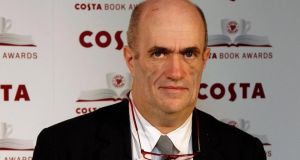 Colm Tóibín, first-time novelist Mary Costello and poet Colette Bryce have been shortlisted for the Costa Book Awards 2014, the only major prize restricted solely to British and Irish writers.

Tóibín has been shortlisted for the Costa Novel Award for Nora Webster, about a widow rebuilding her life in 1960s Wexford. Roy Foster in his Irish Times review called it “a work of extraordinary accomplishment”. The Costa judges found it “a beautiful novel which is a joy and pleasure to read”. The other shortlisted titles are The Lives of Others by Neel Mukherjee; House of Ashes by Monique Roffey; and How to be Both by Ali Smith.

Costello’s Academy Street, the story of an Irish girl who emigrates from Galway to 1960s New York, has been shortlisted for the Costa First Novel Award. It was also shortlisted on the day it was published for the Eason Novel of the Year prize, alongside Nora Webster, and has been compared to Tóibín’s previous novel, Brooklyn, which won the Costa Prize in 2009. The judges called it “a remarkable debut with a transcendent, quiet power”. Irish Times reviewer Sarah Gilmartin praised “its elegant, restrained writing and masterly characterisation”. Its rivals are A Song for Issy Bradley by Carys Bray; Elizabeth is Missing by Emma Healey; and Chop Chop by Simon Wroe. Originally from Galway, Costello lives in Dublin and is the author of an acclaimed 2012 short-story collection, The China Factory.

Colette Bryce has been shortlisted for the Costa Poetry Award for her fourth collection, The Whole and Rain-domed Universe, a vivid and sometimes unsettling account of growing up in Derry during the Troubles. The judges called it “a deft, important collection – lyrical yet grounded, playful but resonant”. Irish Times poetry columnist John McAuliffe found it “a very engaging and enjoyable collection”. Originally from Derry, she was poetry editor at Poetry London from 2009 to 2013 and now lives in the north of England. She was a runner-up last month for the £10,000 Forward Prize won by Kei Miller, also shortlisted for The Cartographer Tries to Map a Way to Zion. Her other rivals are Jonathan Edwards for My Family and Other Superheroes and Lavinia Greenlaw for A Double Sorrow: Troilus and Criseyde.

The Costa Biography Award shortlist is made up of John Campbell’s Roy Jenkins: A Well-Rounded Life, Marion Coutts’s The Iceberg: A Memoir; Helen Macdonald’s H is for Hawk; and Henry Marsh for Do No Harm: Stories of Life, Death and Brain Surgery.

Shortlisted for the Costa Children’s Book Award are Simon Mason for Running Girl; Michael Morpurgo for Listen to the Moon; Kate Saunders for Five Children on the Western Front; and Marcus Sedgwick for The Ghosts of Heaven.