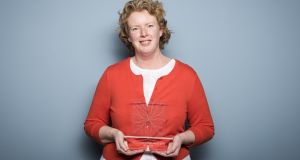 Suzanne O’Sullivan: One of the larger, more humane achievements of her book is to have broadened our sense of what a storm in the brain might look like, or feel like

Book Title:
Brainstorm: Detective Stories from the World of Neurology

Suzanne O’Sullivan is an Irish neurologist working in London; in 2016 her first book won the Wellcome Book Prize for writing about health and medicine. It’s All in Your Head was a sympathetic account of patients whose diverse symptoms – seizures, paralysis, chronic fatigue – turned out to have psychological origins, not organic. O’Sullivan is a calm and clear guide to the diagnostic methods (equal parts art and science) of modern neurology, but the book’s real drama came in her efforts to convince the “worried well” that their problems lay elsewhere. Brainstorm takes the approach of its predecessor – narrative case studies plus wider-ranging reflections, schooled on the writings of Oliver Sacks – and applies it to epilepsy, which is O’Sullivan’s medical specialism. The result is a set of insights into still-mysterious aspects of the human brain, and a book that doesn’t quite engage or inform on the scale that It’s All in Your Head did.

It’s not that she doesn’t give us a good deal of detail. The symptoms with which her patients present are sometimes dramatic and obvious in origin, but frequently so subtle or strange as to flummox at first even a leading neurologist like O’Sullivan. The signs may include violent kicking or thrashing, anguished cries, a sudden involuntary turn of the head, feelings of doom or elation. But an epileptic seizure might as easily take the form of a curious psychic absence or zoning out, periodic weakening of the muscles (with attendant stumbles or falls), or an uncharacteristic bout of swearing. As in O’Sullivan’s previous book, there are also pseudo-seizures: attacks that can be traced to no electrical activity in the brain, but are no less distressingly real for the patient – who of course may not welcome the suggestion they’re imaginary.

In each of her 12 chapters, O’Sullivan introduces a person who is both a mystery and the very path to the truth about his or her ailment. The neurologist’s work involves attending keenly to a patient’s own account of things, whatever the tests are saying at the same time. Brainstorm begins with Wahid who since childhood has been waking in the night, pointing and staring as if terrified. The subject of the third chapter is Donal, a “somewhat impenetrable” school janitor who has suddenly, on being told his job is in danger, began to see parades of colourful cartoon dwarves marching in and out of his field of vision. It is not the first symptom a lay person would link to epilepsy, nor a specialist either. O’Sullivan tells us she met Donal when she’d been a consultant for two or three years; at that point, she says, you are “the worst doctor you can be”: convinced you have already seen everything, unaware of the lures and shocks that are still in store. Much of Brainstorm is about O’Sullivan’s efforts to keep her faculties keen and her sympathies attuned to surprises.

There are sometimes painful longueurs for patient and doctor alike, cases whose exhaustive and exhausting investigation takes years to unfold. There is August, for example, who from the age of 16 has been running away without warning. What seemed at first like adolescent caprice has become a paradoxically corralling disability, and in her 20s August’s family are considering lining the walls of her flat like a padded cell: her speed and intent are such she’s started to hurt herself. “She was like a silver ball in a pinball machine, bouncing from target to target,” writes O’Sullivan. Her account of trying to track August’s disorder to its source is one of the book’s more sobering lessons about the limits of medical knowledge and technology: “Looking at an EEG tracing is akin to gazing at the moon on a cloudy night and believing that what you see is enough to tell you about everything that is happening on its surface.”

Of course the technology has vastly improved in recent decades: increasingly, doctors such as O’Sullivan are able to map the “semiology of seizures” onto specific parts of the brain, and intervene surgically in hopes of transforming lives. Video cameras are trained on patients so that consultants may observe the precise choreography of a seizure: small movements can point to certain regions beneath the skull, grand mal gestures correlate (or not) with saw-tooth patterns of electrical discharge. But face to face conversations remain essential: “I still do exactly what the pioneers did – extrapolate from a patient’s account of their symptoms to a diagnosis. I draw from their description of their experience to a location in the brain. I interpret stories.” And on the evidence in Brainstorm, O’Sullivan is extremely good at this kind of interpretation.

It might be worth asking, however, what kind of storyteller she is. At times a little flat footed, as in her introduction: “It is my belief that the patients in Brainstorm have much to tell us.” Well, you’d hope. O’Sullivan’s case studies sometimes feel very similarly structured, and only go so far. She makes some intriguing observations about her patients’ language – their names for seizures include meltdowns, hokey-cokeys, electric shocks and Heil Hitlers – but takes them no further in terms of what they say about the actual experience of epilepsy. Likewise with the history of the illness: there are glancing references to Lewis Carroll (a possible epileptic) and Dostoevsky’s The Idiot, but a richer study remains frustratingly out of reach.

On the other hand, O’Sullivan’s type of closely focussed case study has its precursors – Sacks aside, I’m reminded of Kay Redfield Jamison’s books about manic depression and suicide – and there is clearly a value in directing this established medico-literary genre at an illness like epilepsy. Most of O’Sullivan’s patients describe scenes of incomprehension (but also kindness) when they have seizures in public, and one of the larger, more humane achievements of her book is to have broadened our sense of what a storm in the brain might look like, or feel like.

Brian Dillon’s “Essayism and In the Dark Room” are published by Fitzcarraldo Editions. He is working on a book about great sentences