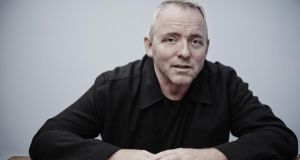 Book Title:
Since We Fell

Dennis Lehane established his reputation as one of contemporary crime fiction’s masters with the Kenzie-Gennaro series of private eye novels, the first of which, A Drink Before the War, was published in 1994. Since then, he has published standalone thrillers – Mystic River (2001) and Shutter Island (2003) – and most recently concluded an epic historical trilogy featuring Prohibition-era gangster Joe Coughlin.

Lehane’s latest novel, Before We Fell, offers his take on yet another crime fiction sub-genre, domestic noir. “On a Tuesday in May,” the prologue begins, “in her 37th year, Rachel shot her husband dead.” No surprises there, given that domestic noir generally involves terrorised women triumphing over vicious, controlling men. “He stumbled backward with an odd look of confirmation on his face,” Lehane continues, acknowledging the sub-genre’s conventions, “as if some part of him had always known she’d do it.”

The first of many twists swiftly follows, however, when Rachel realises that the last words her husband says to her are “I love you”, and that Rachel, if asked whether she loved her husband even as she pulled the trigger, would have answered “yes”.

The central appeal of domestic noir, of course, is that it explores the terrifying prospect of the person who is supposed to be your nearest and dearest being unmasked as your worst enemy – an enemy, more often than not, with murder on their mind. The temptation, from a writer’s point of view, is to lean too heavily on the readers’ expectations, and eventually reveal the predatorial character – there being little else by way of convincing motive to explain such a dramatic volte-face – as a grotesque sociopath.

Despite working within domestic noir’s parameters, however, Lehane refuses the easy option at every turn. Rachel’s husband, Brian Delacroix, is genuinely likeable and charismatic, and his feelings for Rachel are genuinely those of a loving husband, a characterisation that regularly wrongfoots the reader anticipating Brian’s taking of axe to the bathroom door whilst yodelling: “Heeeeere’s Brian!”

That said, Since We Fell is Rachel Child’s story, and Lehane devotes the first third of the novel to exploring her complex character. Raised by her mother, Rachel becomes obsessed with discovering the identity of the father who abandoned her at an early age, an identity her mother, poisoned by bitterness, deliberately withholds. A journalist by trade, Rachel nevertheless finds herself stymied at every turn and when she commissions a private detective, one Brian Delacroix, to continue the search, he is no more successful.

A decade later, with a failed marriage behind her, and sacked after an on-air nervous breakdown when broadcasting live from Haiti, Rachel has become an agoraphobe deeply scarred by the horrors she witnessed there. Enter Delacroix, beaming his crooked smile and exuding an irrepressible can-do attitude, lacking only a white charger as he sets about freeing the princess from her self-imposed exile in her lonely tower, where she struggles to write a memoir.

With the story still patiently meandering down the byways of Rachel’s formative experiences, it’s tempting to believe that Lehane is describing his own experience of writing Since We Fell when Rachel observes that her storytelling is “a more free-flowing approach than she ever would have allowed herself as a journalist . . . something that, at the moment, spoke in cadence more than structure”.

Then Rachel, on a rare outing, sees Brian in Boston when he is pretending to be in London. The story then swiftly accelerates into a plot with more twists and turns than the Monaco Grand Prix, to the extent that you can believe Lehane is now having fun with Raymond Chandler’s advice on dealing with occasional sticky moments when the action flags, which is to have a man come through the door with a gun already in his hand.

What transpires, as Rachel runs for her life while trying to get to the root of Brian’s deceit, might seem improbable were it not for that meticulously crafted build-up. There are no grotesques here, no facile cliffhangers, no red herrings so obviously stale they’re stinking the joint. Since We Fell is a deliciously old-fashioned melodrama about ordinary people doing extraordinary things, a brilliantly unconventional domestic noir that confirms Lehane’s mastery of the crime narrative in all its varied forms.

Declan Burke is an author, journalist and editor of the short-story collection Trouble Is Our Business (New Island)