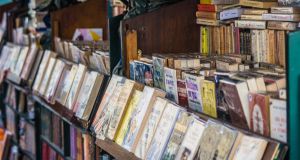 Groskop is happy to admit that, occasionally, the film versions of her favourite French books serve as more of a touchstone than the texts themselves.

Writer, journalist and comedian Viv Groskop was 11 when she started studying French.

Where her peers in small-town rural England avoided the linguistic challenge, she embraced the escapist possibilities of “le bovarysme” as part of her emerging adolescent identity, “snorting up every little croissant crumb of culture and language I could find. It wasn’t possible for me to be somewhere else physically,” Groskop elaborates with comic and reflective clarity, “because I was 11 and had to live at home with my parents. But to learn another language that was not my own? Well, that was safe and legal and allowed me to be somewhere else mentally without anyone having to send out a search party.”

French – both the language and the cultural identity it signified – became part of Groskop’s arsenal of self-expression as she tried to decide what type of an adult she would like to become. As her studies deepened (Groskop went on to Cambridge to fulfil her Francomanic destiny), its literature became a primer for trying on a variety of different identities. Au Revoir, Tristesse: Lessons in Happiness from French Literature offers the reader a handy shortcut through the hard graft of learning these lessons for oneself.

Part-memoir, part-cultural analysis, Au Revoir, Tristesse is composed of 12 short chapters, each framed by a pithy, witty epithet that summarises the thrust of Groskop’s central thesis: that books play an important role in helping us to navigate the emerging narratives of our own lives.

Honoré de Balzac’s La Cousine Bette, for example, offers a dramatic drill in decadence: “If you’re going to behave badly, then do it in style.” Groskop walks us through the visionary politics and storytelling of Victor Hugo, the work of sensory master Proust, and elaborates upon the amorality of Pierre Choderlos de Laclos’s landmark lusty villain, Valmont, who is king of that untranslatable French quality “bof”.

Her readings are biographically as well as textually informed, and she never passes up the opportunity to use titillating titbits of historical lore to animate her argument. Groskop is gleefully “très people”; a fantastic French phrase that decries a gossip. Au Revoir, Tristesse is full of gossipy nuggets of literary lore: Balzac’s caffeine addiction, Hugo’s sex addiction, Colette and Durand’s controversially younger lovers. She sums up the wisdom offered by Guy de Maupassant’s Bel-Ami, for example, with this cautionary piece of advice: “The bigger the moustache, the greater the fall.”

Groskop is aware of the partiality of the predominantly white and patriarchal narrative that she draws upon. Women writers – Colette, Marguerite Durand, and Françoise Sagan – account for only a quarter of the books discussed, and all but the Algerian-born Camus reflect a homogenous French identity that does not reflect the plurality of its historic and contemporary reality.

A different, more radical list, however, would make Groskop complicit in an act of historical revisionism: the reader does not create the canon. And yet, as Groskop also acknowledges, a young Francophile navigating the contemporary cultural landscape of France might have a different type of writer to draw upon as inspiration: Marie NDiaye, Iréne Némirovsky, Leila Slimani, Annie Ernaux.

Indeed, the best parts of Au Revoir, Tristesse are when Groskop describes the changing nature of her relationship with France and the books that had such a crucial part in her self-definition. Where her teenaged self once looked to the repulsive womanising hero of Stendhal’s Le Rouge et le Noir as a model for her own romantic aspirations, he now repulses her. Where the hedonism of Sagan’s Bonjour Tristesse once signified the casual indifference of individual desire, it now represents the recklessness of youth.

Groskop’s re-evaluation of her own relationship to the books says something urgent about literature’s ability to challenge us as well as “escape ourselves and find a better way to live”. It is also a great argument for rereading, a neglected indulgence in these nouvelle-worshipping, time-poor days.

The personal story that Groskop presents as a backdrop to this cultural exploration is not, however, in any way, exceptional. It offers simple, universal truths that even those illiterate in the French language will relate to. True to this populist vision, Groskop is happy to admit that, occasionally, the film versions of her favourite books serve as more of a touchstone than the texts themselves. It was Steve Martin’s Roxanne that led her to the original Cyrano de Bergerac by Edmond Rostand, while John Malcovich’s Valmont made an indelible mark upon her impressionable young heart before she truly understood the complexities of Choderlos de Laclos’s novel. She even blithely suggests that “Proust himself would have regarded reading À La Recherche du Temps Perdu in its entirety as a form of ‘temps perdu’.”

So, Groskop will happily offer you her wisdom without the expectation that you should ever read any of the books she discusses. I, for one, however, will be dusting off the cover of my school copy of Flaubert to see what wisdom Madame Bovary has to share with me these days.