As You Were: A powerful novel about life, death and the bit in between 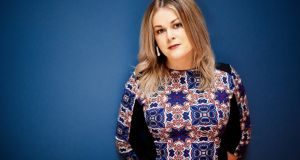 Elaine Feeney: For all its cruel awakenings, this is also a book about friendship and community

“What I really wanted to say just then, was that being dead doesn’t scare me, in fact I give it very little thought. Dying does. Those few moments. They terrify me. The in-between.”

Sinéad Hynes, the protagonist of Elaine Feeney’s powerful debut novel, is a Galway woman in her 40s recently diagnosed with terminal cancer. Holed up in bed on a public hospital ward, she needs assistance to eat, to shower, to go to the toilet. Still processing her diagnosis, Sinéad refuses to tell her husband Alex the truth, claiming instead some nebulous illness that means he can’t bring her young sons to visit.

1 Deaths of father and sons may have been over disputed inheritance
2 Cork suspected murder-suicide may have been over disputed will
3 Ciara Kelly: I was pregnant, unmarried, a junior doctor and I got old-school comments
4 Suspected murder-suicide shooting in Cork leaves father and two sons dead
5 Son (23) who died in suspected Cork murder-suicide was due to graduate
6 Don McLean: ‘My ex-wife is the worst person I ever knew’
7 Gardaí say 52 people who went missing in 2020 not yet found
8 Almost 20% of staff at Dublin hospital have antibody evidence of Covid-19 infection
9 Fintan O’Toole: Knock-knock joke on house parties is a Covid charade
10 Appeal for missing woman: 'She is my only sister... it’s still torture'
11 How much state pension will I get next year?
12 Europe needs ‘serious acceleration’ in fight against Covid-19, warns WHO
13 Am I crazy to consider switching to an Ulster Bank mortgage?
14 Woman stranded in Ireland due to pandemic has ‘miracle baby’
15 Gerry Thornley: Antoine Dupont and France look perfectly primed for Ireland visit
16 Martin Feeley: Hospital admissions don’t justify pressing the panic button
17 Tourists and renters to be permitted in student accommodation
18 From the past to modernity: images of Ireland transforming
19 Ireland has one of the lowest breastfeeding rates in the world – report
20 Covid-19 in a cramped flat: ‘It was the most horrible time of my life’
21 Wet pubs and schools reopening led to rise in Covid cases, says Mayo GP
22 Up or down – how much is your Local Property Tax this year?
23 US election: Money makes electoral world go round as candidates spend big
24 Seán O’Brien: Anger over my parents’ break-up never left me
25 Suzanne Lynch’s US Election Diary: Trump’s judicial legacy confirmed as Barrett reaches supreme court
26 Amy Coney Barrett sworn-in as member of US Supreme Court
27 Think your blood pressure is normal? Think again
28 Olivia Newton-John: ‘For me, my cancer has been a gift’
29 Fall in mortgage drawdowns, Brexit threat to services, and advice on your pension
30 Concerns over cost halt €20m north Dublin city cycle path
31 Two hundred Irish retailers for all your online Christmas shopping
32 The nation’s children have set an example we could learn from
33 Lack of mandatory face covering rules for taxis leading to ‘challenges’
34 Covid deniers: for the sake of the vulnerable, do what’s asked of you
35 Life under Level 5: Where can I go, who can I see, what is closed and what is open?
36 Cannabis plan for State-owned bogs goes up in smoke
37 Lily James: ‘I think I’m too submissive’
38 Lockdown mid-term guide: Take four ideas to perk up your Tuesday
39 Una Mullally: Alan Kelly is shrewdly hitching Labour’s wagon to Sinn Féin
40 Mortgage drawdowns fall by almost a third
Real news has value SUBSCRIBE