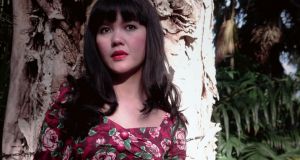 Intan Paramaditha: comparisons to the gothic horror mastery of Angela Carter are exaggerated

With Netflix’s recent adaptation of Shirley Jackson’s classic The Haunting of Hill House, horror fiction and supernatural tales are back in vogue. The power of the genre lies not in the shock effects – though viewers have apparently responded to the series with everything from fainting to vomiting – but in the way it uses an irrational or otherworldly space to reflect on the fears of our own society. At the heart of Haunting is an unhappy marriage and a woman trapped in a stifling domestic situation that infects her mental and physical health, a story made all the more poignant for the fact that its author suffered from crippling agoraphobia herself in the wake of publication.

Intan Paramaditha’s collection Apples & Knife is a mix of horror fiction, myths and macabre fairy tales that uses the supernatural to comment on the way women are mistreated in her homeland of Indonesia. Some of the stories have appeared in the author’s two previous collections, but Apple and Knife is her first book to be published in the UK and Ireland. Now living in Sydney, Paramaditha lectures in film and media studies at Macquarie University and many of the stories in her collection have a cinematic quality to them with atmospheric writing and high-octane plots.

There is a commendable fierceness to the writing, though comparisons to the gothic horror mastery of Angela Carter are exaggerated. The Indonesian writer lacks the style and finesse of a Carter or Jackson, with many of her stories coming to abrupt endings after characters meet their unfortunate fates. The undertones of rage that make the opening stories so compelling feel frenzied and disordered later on as tangents take over from character and plot.

Still, there is plenty within Apples & Knife to keep readers entertained, particularly the Roald Dahl-esque tales that turn the tables on villainous male characters in inventive and sometimes grotesquely funny fashion. Spare a thought for poor businessman Bambang, who’s found asphyxiated in his favourite car, a red 1982 Mercedes Tiger, after interfering in his wife’s relationship with houseboy Jamaal.

In The Queen, a wife in a “frumpy nightgown” gets her own back on her philandering husband, Herjuno, a man who knows only two types of women, “those who were virgins and those who were not”. Herjuno has a cushy job in his father-in-law’s corporation, “proof that his MBA stood for more than Married By Accident”. The absolutely barmy Beauty and the Seventh Dwarf tells of a somewhat more faithful husband, Guy, who is pushed into prostitution after losing his job in the financial crash. Beginning with some memorable realistic detail – “my wife sold off her handbags one by one” – the story develops into a grisly tale about a monstrous-looking woman who hires Guy as a sex slave to hide in a wardrobe and rape her. Despite the dynamic of the scenario, the power is firmly with the woman, who uses the game to torment and ultimately destroy her prey.

Too many of the stories veer into melodrama as the author’s imagination takes flight and is seldom reined in again. Revenge fantasies need to be tightly woven and intricately conceived for them to satisfy, and stories such as The Well, The Obsessive Twist, and the bizarrely disjointed closing piece A Single Firefly, a Thousand Rats are lacking in structure, plot and at times sense itself.

A story with too many strains, The Obsessive Twist also suffers from a didactic, moralising tone: “This tragic story has been passed on and framed carefully. The beginning of destruction was a sin that we often don’t recognise: zina of the eyes.” After an initialising promising backdrop of a modern-day Lear, The Well is underdeveloped. Hyperbole is frequently an issue in the writing, with even the tighter stories needing more care in language. It is a shame, as elsewhere the writing can be sharp and pinpoint: “A teenage girl’s greatest accomplishment is owning piles of fancy clothes.” In a story that imagines Flaubert and Maxime du Camp sampling the delights of the East, an arch line informs us that “there is no finer archivist than a European man of letters”.

Where the collection succeeds is in its original treatment of ideas about feminism, power and the mistreatment of women in patriarchal Indonesian society. The bracing opening story The Blind Woman without a Toe is a case in point. A modern-day retelling of the Cinderella tale from the perspective of a stepsister, it offers a keen commentary on a world that values a woman’s beauty above anything else. What happens to those who don’t make the grade? Fitting into the glass slipper is easy in Paramaditha’s world: “I took hold of the knife, bit my lip hard and amputated my toe. I tossed the first morsel of my flesh into the trash so that stray dogs could eat it.”