Another Brooklyn by Jacqueline Woodson review: more winsome than profound 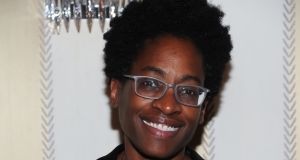 Another Brooklyn may be closer to young adult than Jacqueline Woodson intended. Photograph: Getty Images

August and her little brother move from Tennessee to New York City with their father after their mother dies. It is the 1970s and she is eight years old when she first watches the other little girls, noting their self-possession from a fascinated distance.

In time she is accepted by them and she and her three friends roam the neighbourhood together, sharing their dreams of future beauty, fame and happiness. But adult life is not that simple and August, named after the month of her birth, must confront the truth about her mother’s tragedy which resulted from the loss of her brother, August’s uncle.

Ohio-born Woodson, the recently appointed Young People’s Poet Laureate in Chicago, has written extensively for children and young adults, often confronting race, social class, sexuality and sexual orientation. Winner of the 2014 National Book Award for her memoir, Brown Girl Dreaming, Woodson has revisited her girlhood here. It is an engaging if slight narrative with a plot device intended as a twist which reveals itself almost immediately as it is clear it is written as a flashback.

“I know now that what is tragic isn’t the moment. It is the memory.” August as an adult, an anthropologist, is home from her travels studying death rituals to bury her father. Those days of school girl dreams were lived some 20 years earlier. A chance encounter on a subway sets her thinking.

Obvious comparisons with Toni Morrison’s far more stylistically complex Sula (1973) – also just 170 pages – will make Another Brooklyn, even with its theme of predatory males, appear overly dependent on Woodson’s breezy lightness of touch. Her prose – statements such as “One day, my body would tell the world stories beneath the fabric of my clothes” or “When she danced, her dance told stories none of us were old enough to hear” – lacks the daunting power of Morrison’s sophisticated lyricism which reaches to the Bible, a rich oral tradition and beyond.

Although shortlisted for last year’s National Book Award which was won, as expected, by Colson Whitehead’s The Underground Railroad, an imaginative re-engagement with the horrors of slavery, Another Brooklyn rarely appears to be doing more than revisiting familiar territory until August recalls a visit made back to Tennessee with her father and brother when she was 16: “We rode the train….then rented a car and drove an hour to where our land had once been…..But where our house had once been, there were weeds now, taller than any of us. And thick as poles.”

Memory is her mantra.

For all its poignant attempt at retrieving the past, belatedly August discovers it has been touched by betrayal. Another Brooklyn, more winsome than profound, may be closer to young adult than Woodson intended and fails to approach Morrison on any level.

Eileen Battersby is Literary Correspondent. Her debut novel, Teethmarks on my Tongue, was published last year