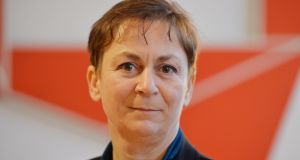 Anne Enright’s ‘The Green Road’ is the only Irish book on the International Dublin Literary Award shortlist. Photograph: Alan Betson

A lone Irish writer and one previous winner are among the 10 contenders battling, politely, for the International Dublin Literary Award. This year’s shortlist, six of which are in translation, is drawn from 149 titles nominated by 109 libraries in 40 countries. It features six men and four women and includes few surprises.

Most of the books have already been widely celebrated and one of them, The Sympathizer by Vietnamese American Viet Thanh Nguyen, won the Pulitzer Prize and is already an international bestseller. The Vietnam war in all its squalor is revisited with satiric panache. Place your bets on this likely winner, as Nguyen looks to Catch-22 and beyond.

Anne Enright is the only Irish finalist with The Green Road. Four adult siblings come together at Christmas as a prelude for what is a profound act for their bewildered mother: the sale of the family home.

Enright is a shrewd and unflinching observer of human behaviour. The Green Road has been widely read and has featured on “international books of the year” selections. Enjoying a wide appeal among critics and readers, this most readable of narratives could make its presence felt.

Mia Couto from Mozambique leads a formidable African trio with his remarkable literary parable Confessions of the Lioness, translated from the Portuguese by David Brookshaw.

When an African village experiences attacks by lions, many of the victims are women. Yet the danger appears to come from within. The harsh realities of civil war and the abuse inflicted on the weak make this a daunting book as Couto’s powerful message is filtered through the pages of diaries kept by two of the characters, each with demons of their own. It is a profound and demanding work of art.

In it a traumatised woman retreats from the world in her apartment in an Angola poised on the brink of independence. For the first few years of her epic isolation, she has her dog for company; later she has his ghost. Agualusa is an artist whose genius lies in his empathy.

Nigeria’s Chinelo Okparanta confronts the legacy of war in Under the Udala Trees which is the story of two girls in love. On a wider level it is also about the emergence of Nigeria; the vision is bold, yet the prose can be flat.

Mexican writing is enjoying a golden age, and Valeria Luiselli’s The Story of My Teeth is playful and confident. Translated from the Spanish by Christina MacSweeney, it follows the antics of Highway, auctioneer and teller of stories, as he strives to improve his smile.

Turkish writer and 2006 Nobel Prize for Literature winner Orhan Pamuk’s A Strangeness in My Mind is a meandering, likable and complacent reiteration of his favourite theme, his love of Istanbul. Translated by Ekin Oklap, it is Dickensian in execution, an everyman marshmallow of a saga more to love than admire.

A plaintive beauty shapes Austrian Robert Seethaler’s elegiac A Whole Life, which is translated by Charlotte Collins. Shortlisted for the Man Booker International prize, the small human tragedy of one lonely man already has a huge readership. Irrelevant if it wins or not, this gentle work is greatly loved.

The same cannot be said of American Hanya Yanagihara’s A Little Life, a gigantic slog through the life of another lonely man. Jude is a successful lawyer with so many agonies stored in his memories that at times, to my shame, I laughed. Yanagihara delivers a master class in clunky bathos.

While The Sympathizer dominates, a threat is presented by Danish storyteller Kim Leine’s fourth novel The Prophets of Eternal Fjord, translated by Martin Aitkin. In 1787 a new priest sets off to Greenland to convert the native Inuit. Cue the outrages committed in the name of religion in this ponderous yet addictive read.

This is an inspired choice from the judging panel and, with six of the 10 books in translation, it has certainly testified to the quality of international fiction.

A General Theory of Oblivion by José Eduardo Agualusa (Angolan) Translated from the Portuguese by Daniel Hahn. Published by Harvill Secker & Archipelago Books.

Confession of the Lioness by Mia Couto (Mozambican) Translated from the Portuguese by David Brookshaw. Published by Farrar, Straus & Giroux & Harvill Secker.

The Prophets of Eternal Fjord by Kim Leine (Danish/Norwegian) Translated from the Danish by Martin Aitken. Published by Atlantic Books & W.W. Norton.

The Story of My Teeth by Valeria Luiselli (Mexican) Translated from the Spanish by Margaret Christina MacSweeney. Published by Coffee House Press & Granta Books.

A Strangeness in My Mind by Orhan Pamuk (Turkish) Translated from the Turkish by Ekin Oklap. Published by Faber & Faber.

A Whole Life by Robert Seethaler (Austrian) Translated from the German by Charlotte Collins. Published by Picador.