After the amputation: a powerful rendering of disability 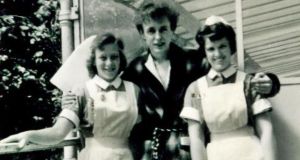 Stewart Parker: his unfinished novel ‘Hopdance’ deals with his leg amputation while a student in Belfast.

From Franz Kafka’s The Trial to Elizabeth Gaskell’s Wives and Daughters to David Foster Wallace’s The Pale King, some novels defy their authors’ deaths to find life posthumously. Dying from tuberculosis, Kafka famously ordered his editor Max Brod to destroy his manuscripts. Bad friend to Kafka, good friend to literature, Brod instead published The Trial a year after Kafka’s death, resulting in a modern classic.

As the editor of Stewart Parker’s unfinished novel Hopdance, Marilynn Richtarik doesn’t defy any last wishes from the Northern Irish playwright, but she has certainly added to the body of Irish literature from notable 20th-century writers. Parker died suddenly, of cancer, in 1988, having established himself as an acclaimed writer both at home and abroad. He left behind an autobiographical novel he had been writing for decades about an earlier illness that caused him to have a leg amputated while studying Queen’s University Belfast.

In her introductory note, Richtarik explains that the manuscript of Hopdance “possessed a raw power even in its patchwork state”. Written in an episodic style that brilliantly conveys how illness infiltrates a person’s life, the draft charts “the figments of the lost year”.

Richtarik, a professor of English at Georgia State University and the author of Stewart Parker: A Life, includes an appendix with Parker’s original plan for the novel, a revised order of scenes and his final plan. She thanks both Glenn Patterson and Bernard MacLaverty for their help with the project. The latter was among Parker’s peers (along with Seamus Heaney) when he studied at Queen’s in the 1960s.

Parker’s alter ego in the novel is Tosh, a 19-year-old arts student living a relatively charmed college existence in dreary 1970s Belfast, a city “picked clean by a wolfish wind”.

His long-suffering girlfriend Prudence puts out, his parents leave him to his own devices, his friends are decent fellows enjoying a college diet of drink, debauchery and debate. Tosh is even a talented musician, practising his guitar for an anticipated student show. The loneliness of the artistic soul plagues him somewhat, but not enough to stop him tearing up the campus in scenes that brim with life.

The non-sequential narrative intersperses these scenes – boozing on the town, sailing with his friends, driving around in search of women – with episodes that chronicle the shock of learning he has a cancerous tumour in his leg, and the fallout that occurs when doctors decide the leg must be amputated above the knee.

The impact of the contrast is devastating. An initial visit to the GP sees Tosh sent home with an ointment to cure the pain. The second visit results in a scan that reveals the tumour. There is little time to process the news. As he learns of the amputation, he thinks of all the trivial reasons he can’t agree to it: the summer exams, the show, “who would bring the magazine out”.

A few days later his father drives him to the hospital, where Tosh considers the uninviting bed, asking a nurse if he should get into it straight away: “It seemed so odd and irrevocable.” He suddenly yearns for his father to leave him: “He could no longer sustain one other burden beside his own.”

Parker’s prose pings throughout the ordeal, underlining the grim reality. Tosh spots a fellow amputee in a waiting room, “gross blue knot dangling in the vacant space where the left leg should be, pyjama knot, dangling from the blunt stump fat with its bandages, the one fat thing, gorged full on its own blood. First sight of it. First mirror.”

Tosh is an upbeat and often humorous narrator despite his afflictions, which makes his story all the more empathetic. As he languishes in hospital, for example, he keeps himself going on “a thin diet of daydreams”.

The short novel plays out in a series of masterful vignettes spanning before, during and after the operation. Readers experience the fear of the amputation, the slow adjusting to the new reality, the rehab, the pylon leg, and the proper articulated one that Tosh finally receives. We also experience all the never-agains as his friends poignantly offer to help him from one place to the next.

Somewhat unrealistic is Tosh’s overwhelming attractiveness to the ladies, who show up in numbers after the amputation to offer all sorts of comfort. There are slippages to “you” and “I” in parts of the third person narrative and readers may want more cohesion to a story that has such a momentous journey at its core.

Still, overall, Richtarik has done some splendid surgical work herself in fusing the disjointed segments together. Or, as Tosh himself puts it, “You take the fragments of your past. You fit them into whatever mosaic seems to work. It has nothing to do with time or space.”