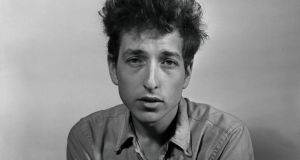 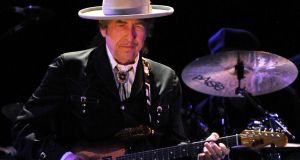 In one of the most controversial decisions in its 115-year history, the Swedish Academy has awarded the 2016 Nobel Prize for Literature to Bob Dylan, “for having created new poetic expressions within the great American song tradition”.

Announcing the eight million Swedish crown (about €822,119) prize, the academy said: “Dylan has the status of an icon. His influence on contemporary music is profound.”

This is the first time the award has been given to a singer/songwriter. Previous winners have been selected on the basis of their work as poets, novelists, short-story writers, dramatists or writers of non-fiction.

“The times they are a’changing, perhaps,” said the permanent secretary of the Swedish Academy, Sara Danius, who compared Dylan’s songs to the works of Homer and Sappho. “They wrote poetic texts which were meant to be performed, and it’s the same way for Bob Dylan.”

Ms Danius expressed her hope that the academy would not be criticised for its choice and advised those unfamiliar with Dylan’s work to start with the 1966 album Blonde on Blonde. “It’s an extraordinary example of his brilliant way of rhyming, putting together refrains, and his pictorial way of thinking,” she said.

Dylan is the ninth American to win the prize since its inception in 1901. He and George Bernard Shaw are now the only two people to have won both an Oscar and Nobel Prize.

Counter-culture Widely regarded as the leading artistic voice of the counter-culture movement of the 1960s, the 75-year-old was responsible for generation defining anthems such as Blowin’ in the Wind and All Along the Watchtower, although he

repudiated attempts to anoint him as a leader of the civil-rights and anti-war movements.

Born Robert Zimmerman in 1941, his early work was rooted in the folk music movement. His switch to electric rock in the mid-1960s alienated many original followers.

His musical explorations over more than half a century have encompassed folk, blues, country, gospel, rockabilly, swing, jazz and classics from the Great American Songbook, but it is the richness of his lyrics which has caused many to argue his work should be recognised as part of the literary canon.

That argument has already been rekindled by the Nobel decision, with widespread criticism of the Nobel’s failure to award more obvious candidates such as novelists Philip Roth or Haruki Murakami.

In 2001, then British poet laureate (and Keats biographer) Andrew Motion reflected on the issue.

“In one sense it’s important to establish differences, and these can be described pretty simply,” he said. “Keats didn’t play the guitar, or write much for music (I mean: his words are free-standing in a sense that Dylan’s aren’t), and Dylan hasn’t produced any book-length narrative poems. In other respects I think it’s a false dichotomy. They each have their own brilliant and distinctive things to say, and neither – in their greatness – matters more or less than the other.”

In a 1991 interview, when asked what he thought of being described by Van Morrison as “our greatest living poet”, Dylan himself sounded unenthusiastic.

“Sometimes. It’s within me,” he responded. “It’s within me to put myself up and be a poet. But it’s a dedication. It’s a big dedication. Poets don’t even talk to anybody. Poets do a lot of listening and . . . they behave in a gentlemanly way. And live by their own gentlemanly code. And die broke. Or drown in lakes. Poets usually have very unhappy endings.”