As the world flirts with disaster, Germany puts its cash in culture 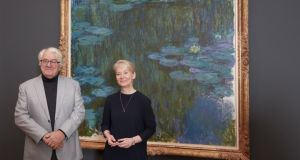 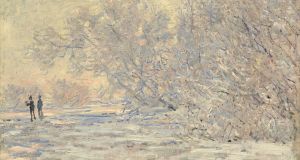 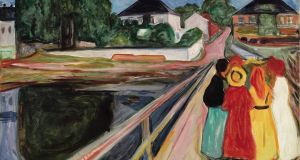 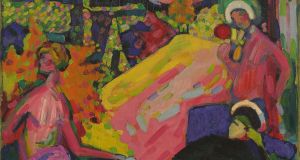 These are strange, heartening times in Germany. The world is off-kilter, liberal democracies are feeling the political squeeze, while their economies turn in ever-stranger orbits. So what does Germany do in the middle of this new age of anxiety? It embraces science and the arts.

The Barberini is Germany’s most eye-popping new museum in some time, financed and filled with art by billionaire Hasso Plattner, the Berlin-born co-founder of the global software giant SAP.

For chancellor Angela Merkel, who opened the museum rather than watch Donald Trump’s inauguration, the museum was “breathtaking”.

“Germany as a cultural nation would be considerably poorer without patrons like Plattner,” she told an audience that included Microsoft founder Bill Gates.

Prof Plattner, a lover of impressionist works since his youth, has been collecting art since 1972. Some 45 years later he now owns dozens of Monets, Renoirs and Sisleys, as well as a significant number of German modernists like Liebermann and Nolde, more on which later.

Less than four decades after the German monarchy toppled in 1918, Potsdam’s Prussian architecture fell victim first to Allied bombs and then the drastic pens and erasers of socialist modernist East German planning.

But regimes, times and tastes change. Today Potsdam is once again a thriving, wealthy city, with a population that is single-mindedly restoring its Prussian architectural jewels, even if, in many cases, this means rebuilding from nothing.

Central to this project is a complete reconstruction of Potsdam’s Old Market square. The classicist St Nicholas’s Church from 1837 was rebuilt in 1981. Potsdam’s Stadtschloss, or city palace, was rebuilt from nothing and reopened as Brandenburg’s state parliament in 2013.

Not everyone is enthused by Potsdam’s neo-Prussian pomp. Many new buildings on the new Old Market are copies of buildings, which, back in the day, were copies too.

The Palazzo Pompei is a 2016 recreation of the original from 1754, which was inspired in turn by a Verona renaissance palace of the same name. Adjacent stands the latest arrival: the Barberini Museum. The Potsdam palace was built in 1771, a copy of the Roman original of the same name. The Potsdam version was badly bombed in April 1945, weeks before the end of the second World War, and the remains were torn down in 1960.

So what do you get when you build a copy of an architectural copy? An impressive technical achievement, in just three years from start to finish. First came a concrete box, surrounded with brick and plaster, tarted with standstone elements that recreate the 18th century baroque appearance. The facade, recreated from pre-war architectural photographs, is a marvel and a triumph of the dying art of decorative stone-masonry.

Beyond that, the rest of the Barberini is a high-end modern gallery, built with no expense spared; the final price is the billionaire Plattner’s secret. Among the mod-cons are doors and elevators 3.5m high, allowing works to be transported effortlessly from cellar to exhibition spaces.

For Plattner, who first wanted to build a modern gallery for his collection on a nearby site, rebuilding Barberini to the original specifications proved a blessing in disguise.

“A new museum would have meant a competition and seven big-name architects more interested in self-fulfilment than me or the paintings,” he says. “I’ll name no names, but most of them built in Berlin.”

The 2,200sq m exhibition space, a modern layout spread through the main building and two wings, offers three floors of spacious galleries that flow well yet offer an intimate feel when viewing the art.

And what art there is to view. The major opening exhibition, Impressionism: The Art of Landscape, is a remarkable show of 140 works, including 41 alone from Monet and 14 Rodin sculptures.

For museum director Dr Ortrud Westheider, this impressionist show is not simply about pleasing crowds, but about bringing fresh perspectives to a familiar, popular epoch. “We want to explode the myth that impressionist works were spontaneous inspirations to capture a particular view or moment of light,” said Westheider. “These artists proceeded very carefully with their works and we want to explore that.”

The impressionist show, spread over eight rooms, is an accessible and enjoyable encounter with works in dialogue with each other. One room collects works of a wintry theme, allowing the paintings’ whites, greys and silvers come alive in each others’ company.

Plattner couldn’t resist a few high-tech flourishes. In the top-floor auditorium, visitors can steer a super high-resolution big-screen projector to explore every brushstroke of the museum’s key works. In another clever touch, viewers can use the projector to compare newly-commissioned photographs with the same landscapes immortalised by the impressionists.

This show-don’t-tell idea makes clear the genius of the 19th-century impressionists: using their own low-resolution methods to capture the essentials and atmosphere of a landscape for the viewer just as accurately as a modern high-definition camera.

A second exhibition shows rich pickings of 60 works from the Plattner collection, including Liebermann, Munch and Kandinsky to Gerhard Richter and Rufino Tamayo. In the autumn, another show will draw on East German artists in Plattner’s collection.

With busy event and outreach calendars, and two years of exhibitions already in the bag, the Museum Barberini has grand plans: to serve once more as a cultural anchor in Potsdam, and to act as a new cultural magnet for visitors to Berlin, 25 minutes away by train.

For Hasso Plattner, the opening of the Barberini Museum completes a 20-year journey, giving back to the public a private passion that began for him as a boy in the post-war German capital.

“I remember visiting the East Berlin museums with my father, many still in ruins and operating from their cellars,” he says. “Now Potsdam is one of Germany’s prettiest cities and every year it’s getting prettier.”