‘A day when hope and history rhyme’: writers and artists react to same-sex marriage vote 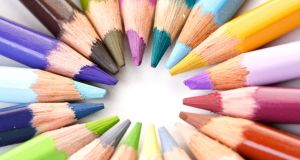 A triumph for humanism and rational thought, a day when hope and history rhyme and a fundamental redefinition of Ireland as a nation. These were among the reactions of writers, artists and entertainment figures to Ireland’s vote for same sex marriage. Here is a selection of their responses, a mix of submissions to the Irish Times and public statements.

Sebastian Barry, writer
In our sunlit garden this morning there are many smiling plants - bluebells, white, green, and pink, raging away in a corner merrily - and among these plants I see my son walking, resplendent, lightened, as happy now himself as I was the day he was born.

Paul Muldoon, poet
What a great day for Ireland. It’s the perfect moment for the organizers of the St Patrick’s Day parade in New York to lift their ban on gay marchers if only not to cause offense to, by being out of step with, visitors from the auld sod.

Ellen DeGeneres, the “Ellen” show
Ireland did it! The first country in the world to legalize marriage equality by popular vote, but they won’t be the last! What an incredible accomplishment.

Marian Keyes, author
We’ve fundamentally redefined ourselves as a nation and it happened because countless people worked for it.

Lynne Parker, theatre director, Rough Magic
A triumph for humanism and rational thought, a victory for sheer common sense. Look at us, all grown up at last! Just a few more issues of self-determination and human rights to go . . .

Fiach Mac Conghail, Abbey Theatre
What an historic and emotional day for Ireland. We are a Republic of equals and can look into the eyes of our gay friends, family and colleagues and proclaim it. What a way to acknowledge the centenary of 1916, a year early! And what an inclusive future for our young people. Bravo!

JK Rowling, author
Sitting here watching the Irish make history. Extraordinary and wonderful. ‘The arc of the moral universe is long, but it bends towards justice’. Martin Luther King

Sarah Webb, author
This is the Ireland I want to live in. Nonjudgmental, inclusive and above all kind.

Anthony Glavin
I had some hopes last week that marriage equality might be carried when the young woman in a chipper van in a small southwest Donegal town asked me for my Yes button, then pinned it on her apron at half-ten of a Saturday night. But that didn’t prevent tears of joy for Ireland this morning with news of its overwhelming affirmation-the first time ever on the planet in a popular vote! It would give great hope for the times that are in it

John Boyne, author
The referendum brought out the best and the worst in all of us, myself included. All I ever wanted was an Ireland that gave equal rights to all citizens, an Ireland that embraced love and recognized that marriage is a concept that connects two people, any two people, in companionship and intimacy, love and friendship. The notion that gay teenagers coming to terms with their sexuality will wake today (Sunday) knowing that they should feel proud of who they are is the only victory that matters.

Eilís Ní Dhuibhne, writer
It’s one of those days when hope and history rhyme, and when the result of a ballot gives great joy - I remember the same sort of joy when Mary Robinson, and Barack Obama, won. Like those results, this one marks a sea-change. The outcome is obviously of primary importance for gay people, but it’s important for everyone: Ireland has acquired a new dignity, as a fair society where equality, and love, are cherished.

One of the great changes is that young people have finally realised that their vote matters . . . and where love matters, and where all the children of the nation are cherished equally. Oh brave new Ireland! Remember the power of your vote!

Joseph O’Connor, author
The great Irish-born novelist Iris Murdoch once defined love as “the realisation that another person is real.” I think that’s what happened in this referendum. To know that no young Irish gay person will ever again be told by our laws that she or he is undeserving of the human dignity of equality is a source of redemptive hope for our country. I am so proud and immensely grateful today to be a citizen of Ireland.

Martina Devlin, author
There is no longer a them and us - that’s the whole-hearted message from the Irish people to their gay friends, neighbours, friends and colleagues. Ireland has shed it’s conservative label and embraced the modern age.

An Post Irish Book Awards 2020: a celebration of great writing

Late Late Toy Show 2020: The one that ‘nearly didn’t happen’