Woman with fibromyalgia and rheumatoid arthritis claimed inability to work 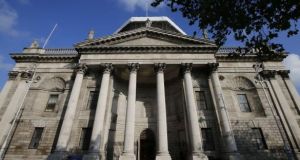 Mr Justice Garrett Simons found the Ombudsman made “significant and serious” legal errors in how he upheld the woman’s complaint over refusal of her claim, made under a group income protection scheme.

A High Court judge has overturned directions by the Financial Services Ombudsman requiring an insurance provider to pay income protection to a woman with fibromyalgia and rheumatoid arthritis who claimed inability to work due to disability.

Utmost PanEurope DAC (UPE) had refused payment in 2016 on grounds the woman’s fibromyalgia – a condition associated with pain and fatigue, excluded under her particular policy – predominated in relation to the impact on her ability to work.

For her claim to be approved, she had to come within the meaning of disability in the relevant policy. Rheumatoid arthritis was not excluded by the policy but fibromyalgia was.

After the Ombudsman upheld her complaint over that refusal, UPE appealed to the High Court.

In his judgment on Tuesday allowing the appeal, Mr Justice Garrett Simons found the Ombudsman made “significant and serious” legal errors in how he upheld the woman’s complaint over refusal of her claim, made under a group income protection scheme.

The Ombudsman erred particularly in determining UPE was unreasonable and had placed too great an emphasis on an attempt to decline cover without making any attempt to measure that conduct against the Consumer Protection Code, the judge found.

The Ombudsman had not explained why UPE’s conduct in processing the claim was inconsistent with its entitlement to verify the claim’s validity, he said.

Even if the Ombudsman’s findings on the substance of the complaint were upheld, the Ombudsman had no jurisdiction to direct UPE to admit the woman’s claim for income protection, he also held.

Because the Ombudsman had not found her inability to work was attributable entirely to rheumatoid arthritis, not excluded under the policy, there was “no lawful connection” between the remedy imposed and the Ombudsman’s findings of unreasonable and improper conduct by the provider.

A rider attached to the Ombudsman’s decision to the effect UPE, in accordance with the policy provisions, could further review the claim at any time in the future was “unworkable” and “nonsensical” when UPE had already determined, on the basis of medical evidence, the claim was inadmissible, he ruled.

He directed the Ombudsman to reconsider the complaint in line with the findings.

Earlier in the judgment, he noted the woman, a mother of two, has a complex medical history and was subject of “member specific” exclusions at the time of her entry into the group scheme in 2006, including for claims for fibromyalgia.

It was agreed she suffers from fibromyalgia and, to some extent, from rheumatoid arthritis but the precise extent of the arthritis, and its implications for her ability to work, was in controversy during the processing of her claim.

The judge referred to reports of three consultant rheumatologists. One, dated April 2016, found no clinical evidence of active rheumatoid arthritis and considered her current clinical presentation more consistent with fibromyalgia.

In July 2016, UPE made an initial decision refusing the claim. The woman appealed and got a report from a second consultant rheumatologist in September 2016 who considered rheumatoid arthritis was “a significant component” of her problems “but not the only one”.

UPE requested the woman to attend a third consultant rheumatologist who in December 2016 said he believed fibromyalgia was the main contributing factor to her current symptoms and her clinical picture would fit with very early stages of rheumatoid arthritis.

After UPE raised queries with that consultant and he effectively repeated his findings, the provider rejected the woman’s appeal.