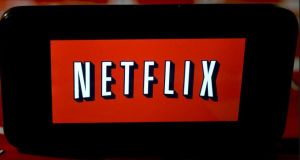 The company has created a 124-page presentation on its work culture, which has been shared more than 13 million times on SlideShare

Netflix is well-known as one of the world’s largest movie and TV series streaming services, with more than 75 million subscribers. But many people don’t know it began life as a DVD-by-mail service.

It has risen to prominence over the last few years, but the company was founded in 2007 and spent several years as a retail business disrupting movie rental stores such as Blockbuster in the US.

One of the reasons it transformed so quickly from DVD rentals to movie streaming, and become a billion-dollar company in the process, is its work culture.

The company has created a 124-page presentation on its work culture, which has been shared more than 13 million times on SlideShare. The presentation has been described as “the most important document ever to come out of the Valley” by Facebook chief operating officer Sheryl Sandberg.

“We knew if we wrote stuff down, we’d be more likely to pay attention to it. We wanted to codify what we wanted to be. We would tell new employees it’s their contract, and if they see someone not doing it, to speak up,” she says.

McCord left Netflix in 2013 and runs her own consulting company. In Ireland to speak at an National Employment Week HR conference, she says Netflix founder Reed Hastings first talked her into joining his DVD-by-mail company by saying “let’s make it a company you want to work at”.

McCord had previously worked with Hastings in another company he founded – Pure Software – which made products to troubleshoot software, before joining him at Netflix.

“At Netflix, the most important and profound difference for me was that everyone’s ideas and opinions were valid. Many of our products were for consumers who were other people just like us,” she says.

While there, she learned that everyone is replaceable and there is always someone better out there. To have the best people always, you need to let go of people at times, no matter how loyal an employee is, or valuable they once were.

Netflix offered these employees rich severance packages in order to counteract the guilt felt by letting a loyal worker go.

McCord recalls being asked a lot in the early days, if people were likely to abuse the unlimited vacation time, and take months off.

She believes annual performance reviews are a waste of time and says companies need to rethink the feedback process.

“We also need to teach young people and start-ups how to predict and estimate better – eg, how long it takes to do a task. That’s how you achieve scale.”

When it comes to recruitment, McCord says companies need to start with the problem they are trying to solve, and ask the interviewees questions to see if they can solve this problem.

Or should you opt for skills and follow the adage that says “hire someone better/smarter than you”.

“Don’t compromise on skills over passion and vice versa. You need both. I made that mistake in the past but I learned. All the team loved the guy but he didn’t have the skills.” She says the employee in question ultimately had to be let go.

With jobs for life becoming a thing of the past, she says the current hierarchy that exists around employees is pointless.

“Contractors are not second-class citizens. Everyone doesn’t have to be an employee and they also don’t all have to be full-time.”