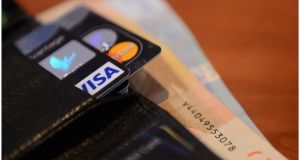 An employers group has warned against any increase in the national minimum wage while the economy is under threat from Brexit. Photograph:The Irish Times

An employers group has warned against any increase in the national minimum wage while the economy is under threat from Brexit.

The Small Firms Association (SFA) said the drop in sterling has already left Irish goods 19 per cent more expensive in the British market than they were at the end of 2015.

The association said that no additional cost pressures should be placed on small businesses at a time when they are so vulnerable.

The Low Pay Commission will present its report to Government this week on any increase in the national minimum wage, which currently stands at €9.15 an hour.

Linda Barry, acting director of the SFA, said Brexit must be “a wake-up call” to the Government.

“Competitiveness is crucial if small businesses are to withstand the impact of the vote. Now is the time for action to enhance the Irish business environment, not to create additional pressures for businesses.”

Ms Barry said SFA members have identified wage inflation as the number one threat to their businesses over the coming year.

“There are many factors currently influencing the Irish economy that we have little or no domestic control over – exchange rates, the future trading relationship between the UK and the EU, oil prices and interest rates, to name but a few.

“ If the 200,000 small businesses in Ireland are to continue to create and maintain jobs and to operate in our cities, towns and villages, it is crucial that the Government is proactive on those elements within its control,” she said.