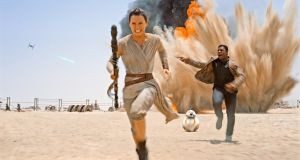 A scene from “Star Wars: The Force Awakens”: Williams has worked with JJ Abrams’ film company Bad Robot, on unconscious gender bias in film. This one has been praised for its diversity in the lead characters 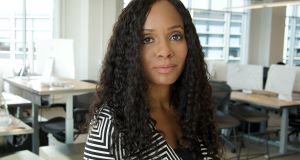 Judith Williams: “In the same way that tech has a challenge in terms of diversity, in terms of women and underrepresented groups in the US, we see the same thing in academia.”

Dropbox’s global head of diversity Judith Williams doesn’t believe in complacency. The tech company is on a mission to encourage diversity within its business and Williams is an integral part of that. “We have to ask ourselves: what is the next step?”

It has long been recognised that the tech industry has a diversity problem. Large companies such as Microsoft, Apple and Google publish diversity reports for their workforces, alongside relative newcomers such as Slack.

There are plenty of handwringing articles about the lack of diversity in the industry, and potential solutions to the problem, but it remains a serious issue, with women making up an average of 30 per cent of the workforce in tech industry businesses, according to figures extrapolated from the reports of the big tech firms. And the figures are worse, the higher you go in the organisations.

While interest groups have been working hard to address the participation of women at executive and entry level, there is still far to go.

But it’s not just the tech industry that has an issue with diversity. Before dipping her toe into the high-tech industry, Williams had a successful career in academia. She has a degree from Harvard, and a master’s and PhD from Stanford University. The same issues were seen there, she said.

“I think that’s where I first gained my awareness of the need for diversity issues because, in the same way that tech has a challenge in terms of diversity, in terms of women and underrepresented groups in the US, we see the same thing in academia,” she said.

That growing awareness helped to smooth her path to Google and in taking her own next step in her career,

“About 10 years ago, I decided an academic career was not going to work for me so I got a job with Corporate Executive Board,” she said. It was while working with that company (now called CEB Inc) that she developed expertise in diversity and went on to form her own business, acting as a consultant on diversity.

Williams soon ended up working with Google, taking on the role of global head of diversity with the tech giant, and eventually developing Google’s unconscious bias training programme.

Unconscious bias is where your brain makes a quick judgment of a situation or a person, based on your own experiences and beliefs, without you being fully aware of it happening. One such bias, Williams explained, is the preference for people similar to us.

“One of the things we know is [that] algorithms will reflect the biases of the people who create them,” she said. In that context, with a company as large as Google and the reach of its products, weeding out that unconscious bias is a good step.

“The impact of getting greater awareness among our top engineers, it’s not something you would be able to say directly ‘ah that’s it’,” Williams said. “But that kind of awareness and sensitivity, to ask questions and call out bias and think differently about who we’re hiring and promoting, and how we’re developing people, I think it does have a long-term impact on the types of products that a company like Google will create.”

The impetus to create the unconscious bias training programme came via a research study on the differences between the CVs of men and women candidates.

“Our approach at Google was always a pretty broad approach. Training gets a lot of attention,” explained Williams. “Unconscious bias training was a really great first step but it has be broader than that.”

The initial goal for the Google programme was to be aware of the existence of unconscious bias, before moving on to creating a common language around it, and then introducing a framework to mitigate it. A research project, led by Google’s people analytics team, was established to try to understand how to bring about a culture change in organisations.

It was through this work that Williams came to work with the film industry. Most notably, she has worked with JJ Abrams’s film company Bad Robot, on unconscious gender bias in film. The training programme took place before Abrams directed Star Wars: The Force Awakens, a film that has been praised for its diversity in lead characters.

After working with a company the size of Google – with its 60,000 employees worldwide – the move to Dropbox may have seemed unusual. But for Williams, it was the perfect “next step”.

“I’ve lived in towns that had a lot fewer people than Google had employees,” she said. “You begin to think your ability to have an impact doesn’t seem as direct. I’m sure I had a great impact but I wanted to be able to really see, to feel more connected to individual employees in the kind of impact I could have. Dropbox being a bit smaller gave me that opportunity.”

Dropbox had something else going for it: a number of female leaders who Williams felt could be potential mentors as well as peers. “Talking to the founders Drew [Houston] and Arash [Ferdowsi] it was clear they were wrestling with difficult issues around diversity and that they cared, they wanted to do something to make a change,” she said.

It’s still early days for Williams in Dropbox. She’s been at the company for about eight months. Until now, she says, it has mostly been foundational work.

“I think where I’ve really had the greatest success is to change the conversation and to get people thinking about diversity, not just in hiring, but also thinking about the culture we’re building, developing employees and who gets the exciting roles,” she said.

“And we are definitely focused on broadening access and getting more diversity into the organisation but we’re also focusing on culture, and that individuals there really feel included and that they can have long-term careers.”

But despite Williams’s success with Google and Dropbox, there is still a long way to go for the tech industry when it comes to diversity. And she is still working to change the conversation on a broader scale.

“I would love it if we had fixed it. I think what we have got behind is the conscious bias,” she said. “I think most people are well-meaning in terms of how they interact and in terms of what they’re trying to do.

Although the training programmes can help make people more aware of the potential for bias, Williams warns that the effort needs to continue.

“If we’re not actively creating structures to undermine those biases, creating a culture where people feel comfortable calling out those biases, reminding ourselves of our triggers for biases and then having strategies to combat them, we will fall into them,” she said.

“It’s not enough to educate ourselves that unconscious bias exists and this is what happens, it’s something we have to be proactive about all the time.”

She uses the example of men and women who speak for the same amount at a meeting, but the women are perceived as having talked too much.

Williams practises what she preaches, calling people out publicly for what she perceives as bias, including on a SXSW panel with chief technology officer of the United States Megan Smith, where her male co-panellist was interrupting her. The panel was discussing the need for diversity to facilitate tech breakthroughs; the man called out was Google’s executive chairman Eric Schmidt.

“Certainly I think we need to point out the behaviours when we see it,” she said. “I don’t think the men realised what they were doing in the moment, but that’s what was happening.”

Judith Williams is heading to Dublin to to deliver a keynote speech at Inspirefest. See inspirefest.com