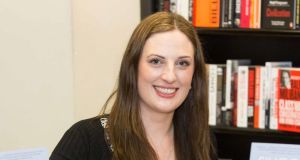 Pamela Newenham: Consisting of an intense programme of pitching workshops, mentoring sessions and talks with investors, lawyers, journalists, experts and entrepreneurs, Blackbox Connect aims to give participants access to the knowledge and resources of Silicon Valley

For two weeks in February, I moved in with 19 ridiculously talented entrepreneurs in San Francisco. From as far afield as India, Pakistan, Lebanon, Finland, Israel and Greece – they’d come to the US to learn the Silicon Valley way of business.

I’ll give you a flavour of their talents. My roommate Karen Bakker was on her second start-up. If that’s not enough, she is also a visiting professor at Stanford University and a published author, in 13 countries no less. Her first business is still going strong, and I’ve no doubt her second – an educational technology start-up called Prollster – will do extremely well too.

Then there was Luc Gervais, whose start-up 1Drop Diagnostics raised $3.5 million in funding and has signed a partnership with NASA.

Also on the course was Vinav Bhanawat, a serial entrepreneur at just 25. He set up IT company PHP Poets while still a student and is also the co-founder of fashion label Territory of Fashion. He is currently on start-up number three, an online marketplace – nonmovinginventory.com – for businesses to list their excess or unwanted inventory.

They were all participants on Blackbox Connect, a Silicon Valley immersion course started by Fadi Bishara to level the playing field for foreign entrepreneurs.

Newswhip, Restored Hearing, Beats Medical, BonzaQuote, FanFootage, GuideCentral, Axonista and Hiri are among the Irish start-ups that have participated in the programme over the years.

Consisting of an intense programme of pitching workshops, mentoring sessions and talks with investors, lawyers, journalists, experts and entrepreneurs, it aims to give participants access to knowledge and resources of Silicon Valley.

And what’s the importance of Silicon Valley? Well Macromedia founder Marc Canter put it well in his talk to Blackbox participants. He said the trends of the global start-up ecosystem depend on what some influential people in Silicon Valley think and say, and as a result, being in Silicon Valley means being at the heart of influence.

One of the most interesting things I learned on the course was from Pascal Finette of Singularity University. It concerns the future, and leaving things behind. We all know the internet is forever and to be careful of what we post online, as it may come back to bite us.

But did you know that you leave information everywhere thanks to DNA? We leave genetic traces of ourselves everywhere we go – in a strand of hair left on a bus, or in saliva on the side of a glass in a bar.

For example, from a cigarette butt she could learn where someone’s ancestors came from, their gender, eye colour, hair colour, complexion, freckles, tendency to be overweight and a handful of dimensions of the face as well with a certain likelihood.

Once she obtains the information, she can generate a 3D model of the face. While the faces aren’t identical to their owner, they are pretty similar.

Daniel Zimmerman a partner with US law firm WilmerHale gave a talk on legal landmines.

“When you’re starting a company the last thing you want to talk about is dividing up equity. This is because people often start companies with friends,” he said.

He pointed to the bitter ownership dispute that occurred between the founders of Snapchat and ultimately resulted in a lawsuit.

He said another landmine can be hiring someone from a competitor.

“They will bring trade secrets with them. It could taint you and you could be sued. If the competitor company can show you’re implementing a product pipeline of theirs, it will be problematic.”

He warned entrepreneurs to stay away from investors who only want to invest $5,000 or $10,000 as they really can’t afford to lose it.

Fadi Bishara discussed the business model, saying it is okay if you’re not entirely sure how you will make money, as long as you’re creating value.

“It’s okay not to be very clear about it initially. Twitter grew a $40 billion company without a plan. Granted it has dropped since but it is still valuable.”

He said Google had no business model for years for the search side of their business, but now generates more than $60 billion a year in ad revenue.

A serial entrepreneur and Bullpen Capital partner Duncan Davidson drove the value creation point home when he said one of the companies he co-founded reached a $9 billion valuation, despite having revenues of just $1 million.

One of the highlights of the course for everyone was Bill Joos, who talked us through pitching, from the handshake intro to the powerful investor meeting.

His best piece of advice when it comes to pitching: “long is lazy and brief is hard.”