‘Taste the Island’ campaign aims to spread visitors to regions

600 events to expand the tourist season beyond the summer peak 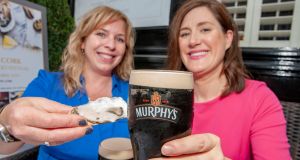 A new ‘Taste the Island’ tourism marketing campaign aiming to spread visitor numbers to the regions and expand the season beyond the summer peak gets underway next week.

Taste the Island will promote more than 600 food and drink related events across Ireland which take place over a three months beginning in early September.

The all-island initiative is backed by a €1.5 million advertising campaign from Fáilte Ireland. It is one of the organisation’s largest campaigns in recent years and more then 160 hotels, members of the Irish Hotels Federation, will be offering special packages to visitors.

New and existing festivals are to be promoted including Murphy’s Cork Oyster and Seafood Festival; a Harvest Moon Supper at Hook Lighthouse in Co Wexford, the Clonmel Applefest in Co Tipperary and the Leitrim Boxty Festival. Events in Northern Ireland include the Armagh Food and Cider Festival; the Causeway Coast Foodie Tours and Toast the Coast Food Tours, in Co Antrim.

According to the organisers the events and “experiences” are broken into five themes. These are:

* Taste of Place – local cafés, restaurants and bars will be serving up local and seasonal focused dishes and pairings.

* Meet the Maker – giving visitors the opportunity to meet with the custodians of Ireland’s produce .

* Make it Yourself – hands on experiences with cookery schools, food producers, distilleries and more to find out how to recreate local dishes.

* Trails and Networks — all about following Ireland’s food trails.

* Festivals and Events – A number of festivals will become part of ‘Taste the Island’ including; A Taste of West Cork, Púca, Leitrim Boxty festival and a new Festival of Honey taking place in Wexford.

Paul Kelly chief executive of Fáilte Ireland said transforming Ireland into a series of food and drink experiences began earlier this year when individual businesses in the hospitality sector were invited to take part . It became “far bigger than I thought it was going to be,” he said.

Food and drink account 35 percent of overseas tourism revenue worth €2 billion a year. Mr Kelly said it was hoped the initiative would run “across the off-peak season” and would give “Irish Tourism Businesses across the country to opportunity to leverage a greater share of tourists during traditionally quieter periods”.

John McGrillen of Tourism Northern Ireland said the organisation was “working with out partners to being our food story to the world”. He said “research tells us that our visitors position food and drink as one of the top five factors when choosing a destination and they value local produce highly.

The Taste the Island campaign is to be run each year for three years. The events kick off with A Taste of West Cork from September 6th to 15th which is described as “ a culinary adventure through the dramatic backdrop of 41 local towns, villages and 8 islands; stretching from the sandy beaches of Inchydoney, to the splintered landscape of the Beara peninsula and reaching out into the Wild Atlantic Ocean through the scattered islands off Roaringwater Bay”.