Ryanair’s governance critics are growing bored of its ‘independent’ board 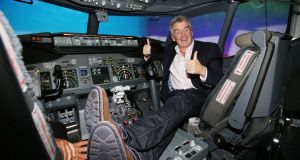 Comply with me: when it comes to his own board and corporate governance, Michael O’Leary likes to play it differently. Photo: Sam Boal/Rollingnews.ie 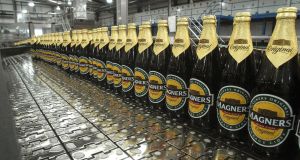 Apple of Aussies’ eye: Magners has won the award for the best cider in Australia

What a ride Ryanair has been on over the past six or seven weeks. From the operational crisis sparked in September by its pilot shortage, to this week’s stellar financial results, its fortunes have been up and down like the Assyrian Empire.

This week alone is a microcosm of the airline’s recent propensity for drama. On Tuesday, it emerged that Ryanair’s brand image plummeted last month by a record level, according to an index maintained by Core Media. This is what happens when an airline cancels 50 flights daily and discommodes 400,000 customers, and all because it didn’t hire enough pilots to fly its planes.

A couple of hours later on Tuesday, Ryanair released its half-year financial results to the end of September. Amazingly, it kept full-year profit guidance at €1.45 billion. Its stock rose 7 per cent and advanced a further 3.2 per cent on Wednesday.

Up. Down. Up. Its shareholders must be feeling virtually weightless, grasping for their sick bags as they pick up the latest missive from the board.

Michael O’Leary should just go the whole hog and trade in all of the airline’s Boeings and replace them with Nasa vomit comets. It would save him the cost of installing seats. It would also increase the loading factor by leaving more space on its planes to squeeze in more passengers, all floating around the flight to Riga together like a stag party on a space station.

Elsewhere in the pages of today’s paper, we assess the level of so-called board “interlocks” (where directors of one big company join the board of another) among listed Irish companies. Too many peer interlocks are, corporate governance experts say, a bad thing because it can inculcate groupthink.

Guess which Irish listed company has the most interlocked directors? Good old Assyrian Airlines itself. Five of the dozen directors of Ryanair are considered “interlocked”, although this will drop to four by year end.

Then there is recurring issue of the lack of independence of Ryanair’s board, which is, by corporate governance norms, a bit of a dog’s dinner. As well as having the most interlocked board, Ryanair also has what looks like the least independent board of directors of any listed Irish company.

Two recently-departed long-serving executives – Michael Cawley and Howard Millar – are listed as independent by Ryanair, despite their obvious links to the airline. They’re both competent, experienced executives. But how are they supposed to hold O’Leary to account when he was boss to both of them until recently?

The chairman, David Bonderman, owns a stake in Ryanair worth €130 million and has been in situ for 21 years. Another “independent” director, Kyran McLaughlin, is the deputy chairman of the company’s house broker, Davy. He has been an adviser to O’Leary for two decades.

How can Ryanair’s board, with a straight face, classify any of those directors as independent? It can because it can. That is the only possible answer.

Does board composition really matter when a company is still hauling in the loot? O’Leary seems to think it does – as long as it is somebody else’s board.

In 2006, at the height of his first takeover bid for Aer Lingus, he called for its entire board to resign because supposedly they were not independent due to their appointment by the minister for transport, who opposed the Ryanair bid.

Five years later, he lambasted Aer Lingus’s board yet again for supposedly “lax” corporate governance: “Nobody resigns, nobody retires, nobody takes the blame. It is a big stitch-up.”

But when it comes to his own board and corporate governance, O’Leary likes to play it differently.

“Those are the kind of questions you ask companies that are about to go bankrupt,” he once said, when quizzed about Ryanair’s corporate governance.

The implication was that concern over corporate governance is irrelevant when a company is, like Ryanair, raking in the profits.

He wore sackcloth and ashes for a few days at the height of the fiasco but this week O’Leary seemed to rediscover his moxie, lashing out at the unions of competitor airlines that “wish to denigrate Ryanair. . . because their airlines cannot compete with us”.

O’Leary struts like this because he is in no fear of his board. The directors of Ryanair should have their chief executive in a headlock at the next board meeting, given the grief he has heaped upon its customers in recent weeks.

You cannot divorce Ryanair’s audacity on corporate governance standards from the operational mess it recently created.

The board must shoulder some of the blame.

– Imports into Ireland of Krug, Rémy Martin Louis XIII, caviar, lobster, Maybachs, alligator-skin shoes and chalk-stripe suits are about to explode. Another major foreign law firm is about to open up a post-Brexit era office in Dublin.

The American Lawyer says Covington will focus on life sciences and technology work. The magazine said the firm is waiting on clearance from the Law Society and it also claims that Covington is lining up Maree Gallagher from Beauchamps to staff the Irish office.

Gallagher, a heavy hitting agrifoods and life sciences lawyer, only joined Beauchamps two years ago. She sits on the board of the British-Irish Chamber of Commerce and the St Patrick’s Day Festival company.

The American Lawyer says Covington plans to open up a separate partnership in the Dublin office, with two of its London lawyers as founding partners. The magazine says Covington has already even “received its first Irish mandate”, representing a US drug company against the HSE.

Covington will join other top international firms such as Pinsent Masons in entering the Irish market following the Brexit vote, to keep a foot in the European Union.

– Strewth. . . Magners has won the award for the best cider in Australia. The judges’ citation said it “displayed a perfect balance of sugar, tannin and overall complexity combined with toasty, savoury, creamy notes – the “wow” factor. . .”

The strong performance of the cider’s international division was one of the real bright spots in C&C’s recent financial results.

Whatever about the locals, there are also plenty of thirsty Irish emigrants in countries such as Australia looking for a pint bottle of what was Bulmers back home to lubricate their parched throats.

Hopefully, the re-emergence of the booming Irish economy, and the impending return home of many young Irish emigrants, doesn’t crimp Magners’ foreign performance.