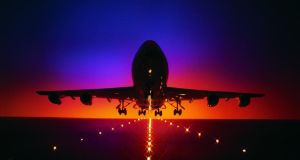 Viva is understood to be eyeing opportunities in Costa Rica, Peru and Ecuador

The new entity will oversee the expansion of the Viva brand beyond its current operations. The group is understood to be eyeing opportunities in Costa Rica, Peru and Ecuador, where long-established monopolies still hold sway and fares remain high relative to average incomes.

To facilitate the expansion, the group recently ordered 52 new Airbus A320 aircraft which it plans to deploy between operations in the region.

The group dramatically pulled its planned €165 million flotation of Mexico’s VivaAerobus earlier this year, citing emerging market volatility. The IPO prospectus noted that prior carriers backed by Irelandia Aviation generated average returns of 22 per cent after their initial share offerings.

He said air travel was “significantly underdeveloped” in Latin America with a trips per capita ratio of less than 0.3, which means that on average less than 30 per cent of people take a flight each year.

“We believe the principal reason for this is the lack of affordability in Latin America because of the high fares charged by existing airlines and that bringing our low-cost model to these markets together with the continued economic growth and development of the middle classes there will combine to stimulate significant growth in air travel.”