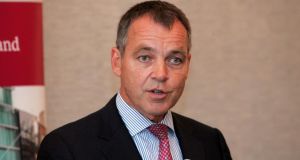 Emirates has expanded to become the world’s largest long-haul airline after exploiting Dubai’s position at a crossroads between Europe and the Americas and Asia, the Middle East and Africa to siphon off lucrative transfer traffic.

At the same time annual sales fell for the first time in a decade in the year through March as the oil-price decline has depressed local demand and the carrier has struggled to find worthwhile new intercontinental routes.

The carrier’s president, Tim Clark (66), has also met resistance to the expansion of Emirates in Europe and the United States, where rival carriers say the company has benefited from unfair state funding, while failing to persuade Airbus Group to help renew the industry’s biggest wide-body jet fleet by upgrading its A380 superjumbo model.

Mr Mueller, who turns 55 in December, was hired by Malaysia Air in March 2015 after its reputation and sales were hit by two aircraft losses the previous year, one involving a plane that disappeared over the Indian Ocean, the other a missile strike on a jet flying above a Ukrainian war zone.

His strategy halted losses by recasting Kuala Lumpur as a hub for Asian rather than global travel, while cutting 6,000 jobs and shrinking capacity by almost a third.

Despite his successes, Mr Mueller announced in April that he was leaving Malaysia Air, citing unspecified personal reasons beyond his control. He agreed to serve a six-month notice period that was due to end this month, but stood down earlier after the carrier announced chief operating officer Peter Bellew as his successor at the end of June.

7 Professional salaries will be flat in 2021, says Morgan McKinley