Cork Airport in line for New York service from next year 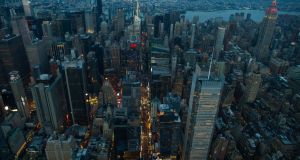 Cork Airport could get New York flights next year if plans to connect it with Boston are successful.

Cork Airport could get New York flights next year if plans to connect it with Boston are successful.

Dublin Airport Authority (DAA) chief executive, Kevin Toland, indicated at the annual Capa Centre for Aviation conference on Thursday that the Scandinavian carrier intends to add a Cork-New York service from next year.

The airline also hopes to launch Cork-Barcelona flights later in 2016 that will could potentially feed into US routes operated from the Irish airport.

“All the approvals for this are in place at EU level,” Mr Toland said, but he acknowledged that there are still difficulties at the US side.

Norwegian wants to launch low-cost transatlantic flights from a number of European cities using its Irish subsidiary, which should benefit from EU aviation agreements with the US.

However, the US authorities are stalling on granting Norwegian Air International a permit as trade unions and politicians oppose the move.

Last month EU officials fear that the issue could have to go through a lengthy arbitration process, but it is understood that the DAA, which owns Cork Airport, hopes that the sides can deal with these difficulties.

Iberia Express will begin flying between Cork and Madrid from next May while Cityjet recently opened a route from there to London City Airport.