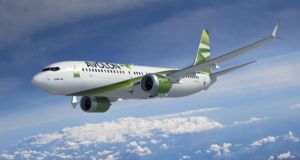 A subsidiary of China’s AVIC Capital, the country’s largest aerospace company, is in talks to buy Dublin-based aircraft-leasing firm Avolon.

The financing arm of AVIC is negotiating with “relevant parties” and has begun reviewing Avolon’s finances, it said in a statement to the Shanghai Stock Exchange.

AVIC said a report that its parent and sovereign wealth fund China Investment Corporation were buying the company for €12 billion was “not true.”

“The company has not reached a binding agreement or offer with relevant parties regarding the acquisition of Avolon and cannot guarantee the completion of the deal,” it said, adding that there were “bigger inaccuracies” in a previous report about the deal, without being more specific.

AVIC said in a separate statement that it was halting trading of its Shanghai shares for five days from today.

Jonathan Neilan, managing director of FTI Consulting who is an external spokesman for Avolon, declined to comment when asked about AVIC Capital’s statement.

CIC, which was not mentioned in AVIC’s statement, did not respond to calls.

China Business News reported earlier this month that AVIC and CIC were jointly seeking to acquire Avolon for €12 billion.

Reuters news agency reported the two companies were in talks to buy it for $4 billion to $5 billion, including debt.

AVIC Capital said last September that it was interested in buying overseas lessors as it expands its fleet to meet rising domestic travel demand.