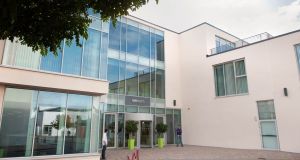 VMware is to add 40 jobs at its Cork campus, adding to its 800-strong workforce in Ballincollig.

The company said it was recruiting mainly for management and technical support roles within its global tech support team, which will include looking after VMware’s network virtualisation platform, VMware NSX, but there will be additional roles within its sales, finance and HR departments.

The news marks continued expansion for the Cork site, which is already the third largest location for VMware globally. The firm opened its first Irish office in Cork in 2005.

“At this time, we’re ideally looking for individuals with a broad range of computing skills, and between one and five years of relevant IT and networking industry experience,” said John Dolan, vice president of Global Technical Support at VMware.

The company is holding an open day at it Barrack Square offices on April 16th for prospective applicants.

US-based VMware provides cloud and virtualisation software and services. It is a subsidiary of EMC, which bought the company in 2004 and subsequently floated a 15 per cent stake in the firm on the stock market.

1 How can I view my dead brother’s will if I’m not the executor?
2 Russian oligarch tees up €85m sale of Dublin’s Morrison Hotel
3 Just 8,000 houses built last year offered for sale on open market, says CIF
4 Applications for 961 new homes in Dublin and Meath rejected
5 Point Square set to hit market for €100m in September
Real news has value SUBSCRIBE