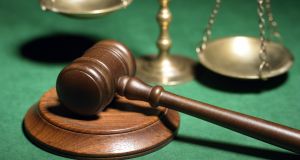 A Ugandan lawyer wants the High Court to order Facebook Ireland to take down alleged defamatory postings about him from its service.

Fred Muwema claims he is being defamed in postings by a blogger called “TVO” who accuses him of accepting a 900 million Uganda shillings (€237,000) bribe.

He claims Facebook has a duty as publisher of the material to ensure it is removed .

Mr Muwema strongly denies both the bribe claim and another claim he was involved in a break-in at his own office.

His injunction application is being brought here because Ireland is Facebook’s headquarters for its service outside the US and Canada.

Facebook denies it has a duty to remove the material particularly in circumstances where much of it is available across the internet by simply googling “Muwema” and “bribe”.

Facebook had offered to provide the IP (internet protocol) address of the blogger but only after legal proceedings were taken. Mr Muwema had no choice but to bring the case because of Facebook’s attitude, counsel said.

It provides a service and that has to be, on occasions policed, and that is by the courts, he said. This was an extremely serious defamation and while Facebook may lose a user of its service whose page is taken down, that is the extent of damage to it.

Rossa Fanning BL, for Facebook, said there was something fanciful about the restraints sought by Mr Muewma in a context where 1.6 billion people are posting on Facebook daily and when, even if this page was taken down, another could open up ten seconds later.

1 How to avoid a communication breakdown
2 How much state pension will I get next year?
3 Irish tech company Asavie acquired by Nasdaq-listed Akamai
4 118 Grafton Street offers prime pitch for the post-pandemic era
5 Am I crazy to consider switching to an Ulster Bank mortgage?
Real news has value SUBSCRIBE