Purchase by SuperAwesome moves it into US

Firm has attracted more than 60 partners, including Disney, Warner Bros and Nintendo 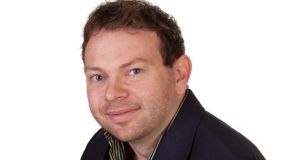 The venture, which is based in the UK and backed by Irish entrepreneur Dylan Collins, is aimed at children aged between six and 16. It includes a number of channels across physical, digital and mobile, including discovery platform Box of Awesome, and the children’s swap-exchange platform Swapit.


Marketing platform SuperAwesome has begun its assault on the US market with the acquisition of mobile advertising network MobiGirl Media.

The value of the deal has not been disclosed.

The company plans to expand in the US market in the coming months, signing up new partners for its services. The venture, which is based in the UK and backed by Irish entrepreneur Dylan Collins, is aimed at children aged between six and 16. It includes a number of channels across physical, digital and mobile, including discovery platform Box of Awesome, and the children’s swap-exchange platform Swapit.

That ties in with US-based MobiGirl Media, also aimed at girls between six and 16, and complies with the US Federal Trade Commission’s Children’s Online Privacy Protection Act.

MobiGirl Media chief executive and co-founder Jennifer Noonan said SuperAwesome was “the ideal landing place” for the company. “When we created MobiGirl Media, it was always our hope to grow the company internationally and team up with leaders in the field of kids digital discovery.”


Target age group
Founded in 2012, SuperAwesome has grown in popularity in recent months as it takes advantage of the move by children in the target age group to mobile and tablet devices. It now reaches more than 20 million unique users each month.

The UK-based firm, which founded by Mr Collins in 2012, is now looking at new content partners for the US market, in addition to working with some of its existing international partners. The company has already attracted more than 60 partners including firms such as Disney, Warner Bros, Activision and Nintendo.

“We have a platform that was built and was physically designed to reflect this new pattern of how kids interact with technology,” Mr Collins said.

He described SuperAwesome as a “bridge” for brands to reach this new audience, which is immersed in technology from a young age.

It is a strategy that has paid off for the discovery platform in the UK and one that Mr Collins hopes will be repeated in the US. The company plans to concentrate on expanding its mobile growth over the next couple of quarters in the US and expects to get between 40 and 60 per cent coverage in the competitive market.

1 ‘No demand... because there are no people’ at well-known Dublin pub
2 HSE says fix for Covid Tracker app has been rolled out to all Android users
3 Buying a second home now that we work from home
4 Nearly 30,000 could lose pandemic payment if they do not confirm eligibility
5 Face masks developed in Ireland could help meat-plant workers
Real news has value SUBSCRIBE