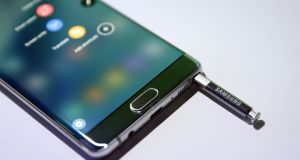 Mobile marketing software company Pulsate is to add up to 40 jobs as it expands its team in Ireland and the United States.

The firm, which has recently completed a funding round, offers tools that help app owners interact with their customers. It also claims to help keep users engaged with apps, limiting user churn. Among its offerings are geospatial offerings that give customers contextualised offers.

The company currently employs about 20 people, split between Dublin, where the company’s engineering is done, and San Francisco, where it has a small sales team.

Founder Patrick Leddy said it planned to expand rapidly, adding between 30 and 40 new jobs by January.

The plan is to create about half the jobs in Ireland, keeping the engineering function here, and also expand its sales team in the US.

The team behind Pulsate was also involved in app development firm Furious Tribe, a connection that has given Pulsate a unique perspective on the business and its needs.

“We were using what would be now competitors’ tools on behalf of clients for push applications, mobile marketing and geofences,” Mr Leddy said. “We felt we could do a better job.”

He set up Pulsate and took six months to build the platform.

“We knew what we wanted to build,” he said. “We created something that was substantial and showed it to customers.”

Among the early adopters was upmarket retailer Brown Thomas and it has since signed up customers such as Heineken and HP.

Pulsate recently announced $1.5 million in funding, with payments firm PayPal backing the round. Other investors included Enterprise Ireland and venture capital fund Dunnhumby Ventures, along with Delta Partners’ Bank of Ireland seed fund. That brings the total amount of outside investment to about $3 million.