The offer represents 38.3 per cent of the online company’s issued share capital 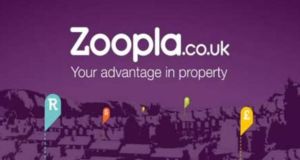 Zoopla Property Group, the property website majority owned by Daily Mail And General Trust, on Wednesday set the price of its initial public offer in the lower half of the range, valuing the group at £919 million (€1.15 billion).

Zoopla, which had said it would price the shares at between 200 and 250 pence, said the offer price had been set at 220 pence per share.

The offer represents 38.3 per cent of the company’s issued share capital. No new shares are being issued.