Package to include heating, security and energy managment under a single internet-based platform 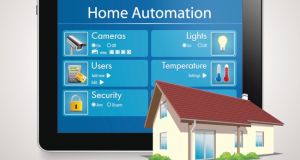 The UK will be the first market in Europe to offer AT&T’s “digital life” home management and automation platform to customers under an agreement struck with O2.

The UK will be the first market in Europe to offer AT&T’s “digital life” home management and automation platform to customers under an agreement struck with O2.

The US telecoms group provides the software behind the system, while smart thermostat maker Tado and other device makers have agreed to support the scheme.

O2 will offer a range of devices that can link to a single hub, including smart plugs, cameras, intruder alarms, door locks, water and smoke sensors and other services to manage the home both remotely and automatically.

The O2 Home system uses a hub and smartphone app to control the various areas, with the software also learning from the household habits to ensure an efficient use of energy. The Tado thermostat learns how fast a house warms up, for example.

O2 will employ engineers to install the home hub, as well as any devices wanted by its customers. The hub will also have a 4G SIM card that can act as a back-up broadband service.

The partnership between AT&T and O2 will be announced on Tuesday at the CES conference in Las Vegas.

O2’s owner Telefónica and AT&T reached a licensing agreement last year and have since been holding trials on the platform, but this marks the first consumer launch of the system in Europe.

The deal has been struck between O2 UK and AT&T directly rather than at group level, which means that the contract can pass to the new owners of the business should the proposed £10.5 billion acquisition by CK Hutchison receive regulatory approval.

A number of rival schemes offer internet-controlled central heating such as Scottish and Southern Energy, British Gas and Google’s Nest, although there are few mainstream platforms that bring together different devices and applications on a single platform.

The O2 smart-home proposition will be available in summer in selected areas north of London, before a wider rollout later in the year.

The number of UK households with some form of smart-home system increased 30 per cent in 2015 to 4 million, or about 14 per cent of homes in the country, according to Strategy Analytics, the research firm. The average smart-home spends £256 on the technology, it found, taking the market size to about £940 million.

British consumers are most willing to pay for notifications of hazards and emergencies in their home, it said, followed by systems that can automatically shut off the water in case of a leak and remote video monitoring.

David Plumb, O2’s digital director, said its research showed customers were interested in the broad range of devices to control their homes, rather than just a thermostat or other single-use application.

“At O2 we are building an ecosystem that will deliver a complete smart-home experience. By partnering with the very best device, platform and service providers, we will be able to give people the smartest tech for their homes,” he said.

1 Bank leaked my loan request to family who tried to rip me off
2 EU and British positions harden ahead of Brexit talks
3 Ryanair and Aer Lingus monitor impact of coronavirus on travel to Italy
4 How can I view my dead brother’s will if I’m not the executor?
5 Mastercard to create 1,200 new jobs by expanding base in Dublin
Real news has value SUBSCRIBE