Liquidator says company being investigated by the NHS for alleged fraud 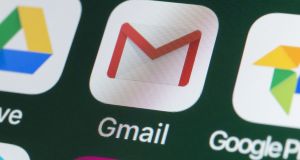 The liquidator was given the log-in details for the Gmail account but was unable to access it. Photograph: iStock

A liquidator has failed to get a High Court order requiring Google Ireland to provide him with access to the email account of a company which he says is being investigated by the UK’s National Health Service (NHS) for alleged fraud.

Myles Kirby was appointed liquidator at a February 2019 creditors’ meeting of Dublin-registered vehicle importer, SJK Wholesale Ltd, which was insolvent with debts of €630,000.

The move was supported by Revenue, a significant creditor. As part of his investigation into SJK’s affairs, Mr Kirby was told by Jawad Khan, a director and holder of all the firm’s shares, that all its business was conducted through a free Google Gmail account, including correspondence with Revenue, suppliers and accountants. Mr Kirby was given the log-in details for the Gmail account but was unable to access it. Mr Kirby also learned, at an undisclosed time, the UK NHS’s Counter-Fraud Authority was conducting a fraud/money laundering investigation concerning the use of criminal property to fund the purchase of vehicles on behalf of the company.

The firm had imported and sold vehicles here until an audit by the Revenue Commissioners revealed several errors in the company’s accounting treatment and handling of VAT. As a result the sheriff seized all of its stock, forcing it to cease trading which lead to the winding up decision last year.

As he was unable to access the Gmail account, Mr Kirby wrote to Google warning there might be an attempt to hide evidence and asking the account be deactivated and evidence in it preserved. He also asked Google to provide full access to it but Google said it would only do so when properly served with a valid legal process.

Mr Kirby then brought High Court proceedings and Google told him it was required to respect privacy rights and also expressed the view Mr Kirby had failed to provide sufficient evidence the account comprised books and records of SJK.

It suggested further action should be directed towards the officers of the company to obtain account access information.

Mr Kirby replied that the sole director of the firm lived outside the jurisdiction and was not cooperating and argued he was entitled to access the account as it was now company property which as liquidator he was entitled to.

Google said it would be more appropriate for him to seek a type of court order (a Norwich Pharmacal order) under which people can obtain the location and identity of account users. Mr Kirby contended companies legislation mandated the court to exercise its power to require any person in possession of a company’s books to surrender them to a liquidator.

Google argued the legislation imposes an obligation on a liquidator to take company property under his control which on the face of it he appears to be entitled to but there would first need to be a court hearing into ownership.

To succeed, Mr Kirby would have to be in a position to establish Google falls in to the category of contributor, trustee, receiver, banker, agent or officer of the company in liquidation as persons who are on its face covered by the legislation requiring the delivery up of company property, he said.

He found there was no implied power in the legislation whereby the court must order delivery to the liquidator of property which the company appears to be entitled to. Even if such an implied power existed, it could not be exercised in this case because the evidence was insufficient to establish that the contents of the Gmail account comprise the company books or that the company has, or appears to have, a proprietary right to access or use the account which is the property of Google, he added.

1 How much state pension will I get next year?
2 Am I crazy to consider switching to an Ulster Bank mortgage?
3 Up or down – how much is your Local Property Tax this year?
4 PTSB sells €1.4bn of mainly interest-only buy-to-let loans
5 Fall in mortgage drawdowns, Brexit threat to services, and advice on your pension
Real news has value SUBSCRIBE