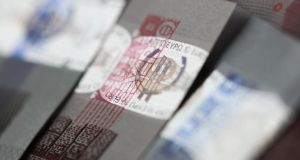 There was good news for the Irish jobs market today with the news that almost 300 jobs would be created around the country at three different firms.

Irish software company FeedHenry said it will create up to 100 jobs over the next two years as part of a €7 million investment in the firm.

The company, which provides a cloud-based platform that enables large businesses to build and deploy mobile apps integrated with their business data, said most of the jobs will be located in its Waterford and Dublin offices, bringing the number employed by the company to 140.

The funding round was led by Intel Capital and was also backed by existing investors Kernel Capital, VMWare, Enterprise Ireland and a number of private investors. ACT Venture Capital invested from its AIB Start Up Accelerator Fund

The investment will help FeedHenry to speed up the pace of its international roll-out of its cloud mobile application platform.

Recruitment for the new positions will begin immediately, with the company seeking software engineers, project managers and business analysts

“This investment will allow us to accelerate our growth plans across Europe and North America, and continue our commitment to a research and development base in the south-east,” said FeedHenry CEO Cathal McGloin.

Minister for Jobs Richard Bruton welcomed the investment, describing the company as "a great example of how a research project can grow to become a successful international business".

FeedHenry began as a research and development project in the Telecommunications Software and Systems Group (TSSG) in Waterford Institute of Technology (WIT). In November 2010, it was spun out, and was backed by the Bank of Ireland Seed Fund managed by Kernel Capital the following year.

“We recognised from the outset that FeedHenry fills a void in the mobile enterprise market by giving enterprises the opportunity to leverage the power of both mobile and cloud to develop employee and consumer facing apps, all from a single platform," said Niall Olden, managing partner of Kernel Capital. "This Series A investment is a demonstration our continued commitment to support ambitious, export-focused high-growth Irish companies.”

Separately, car parts and accessories e-commerce retailer MicksGarage.com said it was investing €2.3million investment in an expansion that would create 65 jobs over the next two years.

The expansion plans include localised MicksGarage websites for nine European markets including France, Germany and Sweden.

The online retailer made the announcement as it opened a new 32,000 sq ft warehouse and office facility in Dublin.

The business, which was founded in 2004 by brothers Ciaran and Michael Crean, currently employs 32 people.

Taoiseach Enda Kenny said it was “hugely encouraging” to see an indigenous e-commerce company demonstrate the capacity to expand and develop its business throughout the world.

Managing director Ciaran Crean said it was a “proud day” for the company.

“ We had a vision when we started the company that MicksGarage.com could become a successful e-commerce business which would create jobs and expand outside of Ireland,” he said. “The investment capital which we have secured will allow us to realise our ambitions for the business, part of which involves 65 new jobs over the next two years.”

Elsewhere, Donegal firm Zeus Industrial Products (Ireland) Limited is set to create over 100 new jobs with the expansion of its facilities in Letterkenny as part of a €10 million investment. The company is submitting a planning application to Letterkenny Town Council to construct a 55,890 sq ft expansion of its existing facility in the IDA Business Park in the town.

South Carolina-headquartered Zeus develops and manufactures specialised medical and industrial fluoropolymer tubing products, which are also used in the automotive and aerospace sectors. The company employs 120 employees at its Donegal facility, and the phased expansion will allow it to support up to 225 staff.