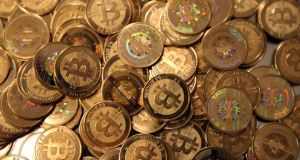 The Irish-founded company flutterclub.com has become the world’s first fully licensed English- and Chinese-language bitcoin casino and sportsbook website, according to its founders. The platform, which operates under an Irish betting licence, allows people to play interactive casino games and bet on sports using bitcoin. Winnings are paid out in bitcoin.

John Flynn, sportsbook manager at flutterclub.com, said games such as blackjack, roulette and baccarat can be played through any browser, levelling the playing field further as rogue gamers cannot gain an upper hand by using third-party add-on software. “We will also be adding some other cryptocurrencies from the Ripple network to the platform in 2015, which will help us build our customer base.”

He said the flutterclub.com platform, which was built by SoftSwiss Casino, has already acquired thousands of Chinese- and English-speaking players “by catering for all types of gamblers, who can wager minimum bitcoin amounts or go all-in for no-limit, high-roller gaming”.

Since it was introduced in 2009 by an anonymous programmer, or programmers, bitcoin has fluctuated unpredictably in price. After reaching its peak at about $1,150 late last year, the price has been in a prolonged slide. In August, the price dipped on one exchange to around $300 from nearly $500. In July, the European Commission signalled that it will try to impose rules on virtual currencies, such as bitcoin. It moved after the European Banking Authority said banks shouldn’t buy, hold or sell virtual currencies until regulators develop safeguards.