Etsy hoping to raise up to $100m by going public 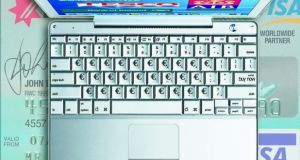 Etsy, which was founded in 2005, employs 685 people and has 29 million items listed on its website

Etsy, which operates a website that sells handmade goods and craft supplies, has filed with US regulators for an initial public offering of common stock.

The company said it intended to list on the Nasdaq Global Select Market under the symbol “ETSY”.

The company charges a 20-cent listing fee for each item on its site and a 3.5 per cent fee for each completed sale. It also earns from seller services such as its advertising platform, payment processing and shipping labels.

Etsy said it intended to raise up to $100 million from the IPO, but the filing did not reveal how many shares the company planned to sell or their expected price.

The amount of money a company says it plans to raise in its first IPO filings is used to calculate registration fees. The final size of the IPO could be different.