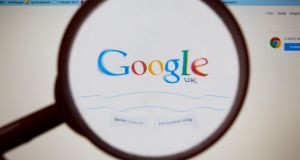 The British settlement could lead to Google agreeing to pay more tax in other European countries where it is under scrutiny. Photograph: Chris Ison/PA Wire

Google has reached a settlement with the UK to pay £130 million in back taxes and higher taxes in future. The deal could see Google paying more in other countries where it is accused of aggressive tax avoidance along with other multinationals.

The agreement covers past underpayment of tax over a decade in the UK, its biggest global market outside the US. It comes after a multiyear audit by Britain’s revenue service HMRC into whether Google skirted tax by allocating profits to Ireland, where its European operations are based.

Google paid only £20.5 million in tax in 2013 based on attributed UK profits despite raising $5.6 billion in UK revenues. Its tax structure led Margaret Hodge, former chair of the UK parliamentary public accounts committee, to accuse it of being “immoral”.

It could lead to Google also agreeing to pay more tax in other European countries where it is under scrutiny. It faces a tax demand for up to €1 billion in France, where tax authorities have challenged the Irish structure, asserting that its French arm is resident in tax terms. The HMRC ruling does not involve a change in the status of its UK operations.

Google is paying £46.2 million in taxes on UK profits of £106 million for the 18 months to June 2015, together with back taxes and interest going back to 2005. The new formula increased its 2014-15 taxes by £13.8 million, according to its UK accounts to be published shortly, and it will now pay a higher rate of tax.

Matt Brittin, Google’s president of business and operations for Europe, said the new tax arrangement “reflects the size and scope of our UK business. The way multinational companies are taxed has been debated for many years and the international tax system is changing as a result.”

George Osborne, the UK chancellor, has called on multinationals to pay more taxes and introduced a penalty for artificially diverting profits offshore, dubbed the “Google tax”, which came into force last year.

But Google, whose Californian parent company is now called Alphabet, gains from the ruling since HMRC did not find that it had been evading tax and it has not been fined.

1 IMF chief says pandemic will unleash worst recession since Great Depression
2 Irish Times cuts senior manager and editor pay by up to 30%
3 Lockdown exit: How can Irish economy reopen without big health risks?
4 Ireland’s financial reputation: why this time it is different
5 Debenhams to shut stores in Republic with loss of 1,000 jobs
Real news has value SUBSCRIBE