Game of Threats: learning to defend your company from cyber-attack 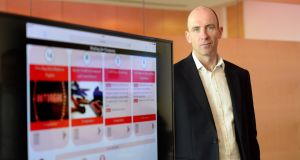 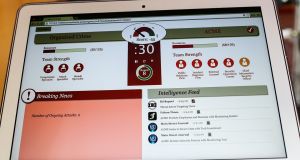 Game of Threats is aimed at teaching executives how to protect their organisation from cyber threats such as denial- of-service (DoS) attacks or ransomware.

The game, which has been developed based on real-life scenarios, aims to show companies just how prepared they are by putting them in the role of either hacktivists seeking to compromise cyber security or as executives of a company responding to an attack. Using game theory, the simulation replicates real-world challenges faced by organisations and forces them to make quick responses and witness the consequences of their actions.

The game can be set to mirror the security settings of a real-life company so that executives can learn how their particular organisation measures up in terms of detection and response.

Users playing Game of Threats get to learn about a wide range of possible threats, and to identify reputational, operational, financial and regulatory repercussions of a successful attack.

PwC cybersecurity manager Daniel Muldoon said cyber attacks can have a catastrophic impact on businesses and yet many c-suite executives are unaware of the possible dangers or how to defend against them.

“We’ve developed Game of Threats for those who should be the decision-makers at times of crisis and it is really meant as a safe space that allows them to really experience what a cyber attack is like and to work through what they would need to do in such an event. This is meant to be educational but also fun. It is certainly not death by PowerPoint,” said Mr Muldoon.