Forgotten women who made the modern world possible 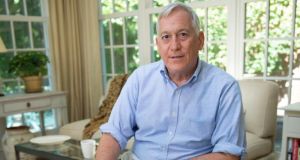 Walter Isaacson: An essay by his daughter inspired him to write about women who were responsible for many tech innovations. photograph: vanessa vick/the new york times

While spending the summer of 2007 in Aspen, Colorado, Walter Isaacson and his wife, Cathy, spent much of their waking moments hounding their daughter to finish – or even start, for all they knew – her compulsory college essay. Finally, after hearing enough from her nagging parents, Betsy Isaacson locked herself in her bedroom until she emerged with a completed two-page essay.

“Congratulations, Betsy,” Walter Isaacson recalls saying as they stood in the living room. “What did you write it about?”

“Ada Lovelace,” she replied. This was followed by a long, awkward silence. Walter Isaacson, who was just beginning work on a biography of Steve Jobs, could not recall who Lovelace was. “She’s one of the women who has been written out of the history of computing,” his daughter replied. While some in tech know of her, Lovelace, who lived from 1815 to 1852, is far from a household name.

It’s no secret that people are often erased from the history of big-tech companies. It’s so prevalent in Silicon Valley that it is known as “The Creation Myth”. But what may come as a surprise is the number of women who played a pivotal role but who are now forgotten.

That is one of the central themes in Walter Isaacson’s new book, The Innovators: How a Group of Hackers, Geniuses, and Geeks Created the Digital Revolution, due on Tuesday. Unlike his previous four books, all biographies of individuals, his new work is about groups and how the greatest innovations were all shaped by them.

Lovelace’s role in tech, for example, is so paramount that her story is the opening and closing chapter. An English mathematician and writer, she wrote the first computer algorithm, put forth the idea that humanities and technology should coexist and dreamed up the concept of artificial intelligence.

“Ada Lovelace defined the digital age,” Isaacson said in one of several recent interviews about the book. He was sitting outside the Blue Bottle coffee shop in Mint Plaza in San Francisco, known as a hothouse for programmers and venture capitalists. “Yet she, along with all these other women, was ignored or forgotten.

“If it wasn’t for Ada Lovelace, there’s a chance that none of this would even exist,” Isaacson added as he waved his hand in the air, gesturing as if to encompass all of Silicon Valley and the techies sitting around us.

In her day, she was all but ignored too. In 1843, when Lovelace’s seminal computing notes were presented to Scientific Memoirs, an English scientific journal of the day, the editors pushed back and told her colleague Charles Babbage that he should “manfully” sign his name in lieu of hers.

But Lovelace is only the first of many women excluded from the annals of computing history. One infuriating moment in Isaacson’s book tells the story of ENIAC, the first electronic general-purpose computer, built during the second World War to calculate the firing trajectory of artillery.

As Isaacson tells it, a prominent dinner was held on February 14th, 1946, at the University of Pennsylvania to celebrate the public demonstration of ENIAC before the media, but none of the women who programmed ENIAC, including Jean Jennings and Betty Snyder, were invited.

“That night there was a candlelit dinner at Penn’s venerable Houston Hall,” Isaacson writes. “It was filled with scientific luminaries, military brass and most of the men who had worked on ENIAC. But Jean Jennings and Betty Snyder were not there, nor were any other women programmers.”

“Stereotypes are very reinforcing because as human beings we expect what is familiar,” said Sheryl Sandberg, the chief operating officer of Facebook and author of Lean In, in an interview. “In tech, girls don’t code because girls don’t code.”

Sandberg said that it is imperative to debunk the myth that women are not interested in technology, and show how they are not given the credit they deserve. One way of changing this, she said, “is carefully documenting the role women played in the dawn of technology”.

Reshma Saujani, founder and chief executive of Girls Who Code, which aims to close the gender gap in computer science and technology, agrees.

“If women had been more prominently talked about in computing, both in the history books and schools, we literally would not have the lack of women programmers that we do today,” Saujani said. “It’s about role models. You can’t be what you cannot see.”

To that end, the classrooms at Girls Who Code were named after pioneers like Lovelace and Grace Hopper, who created the programming language COBOL and coined the term “computer bugs” after discovering a dead moth in a computer.

Part of the problem, Isaacson writes in The Innovators, is how the creation myth seeks to make heroes out of individuals, rather than the group. And when the contribution of the collective is ignored, it is usually a man who gets the credit.

“Most of the great advances of the digital age were done collaboratively,” he said. “There is no light bulb moment in the garage when someone comes up with a new idea.”

After reading Isaacson’s book, I reached out to his daughter to ask why she chose to write about Lovelace in her college essay years ago. “I was in high school computer science classes and I never once heard about these women,” she said. “Yet the first time I had ever read about a female programmer was in a Batman comic book.”

She paused and added: “Ada Lovelace played probably the most important role in computing.”

Now, thanks to that college essay, Lovelace is finally getting her due.

1 MSD buys Takeda biologics plant in Dunboyne
2 Chris Johns: Digital equality must be moved up the priority list
3 Data centres will force State to choose between climate and investment
4 ‘Saudi Arabia is where the opportunities will happen in future’
5 Thousands back petition demanding State aid for Aer Lingus
Real news has value SUBSCRIBE