Service available to all businesses in Castlebar, the seventh Mayo town with the service 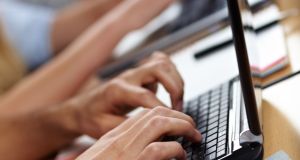 The “metro fibre ring” in the town is connected to all major commercial and industrial zones. Photograph: iStockphoto

A new €1.5 million fibre network has been launched in Castlebar, Co Mayo, by enet, the open access network operator.

The “metro fibre ring” in the town is connected to all major commercial and industrial zones as well as, in conjunction with the county council, to several additional land banks where future developments are planned. The service is now available to all business in the town.

Launching the network in Castlebar,Taoiseach, Enda Kenny said such a high-speed broadband infrastructure are “crucial for economic development and quality of life”.