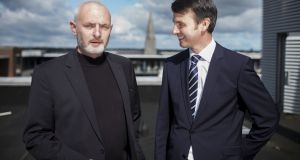 Irish Internet of Things company Davra Networks plans to create 20 new jobs next year after securing an investment of €1.5 million.

The funding comes from the AIB Seed Capital Fund (managed by Dublin BIC), Delta Partners and Investec Ventures, and will be used to bolster Davra’s R&D operations and hire staff in front-end development and tech support. Fifteen of the jobs will be created in Ireland, and a further five jobs will be created overseas. The Dublin-based company plans operations in Germany, Dubai, South America and Australia.

Davra Networks chief executive Paul Glynn said people were starting to realise how vital the Internet of Things is to the future. “We’re helping customers connect like they’ve never connected before, and this is only the beginning. We are currently working with prospective customers in 43 countries right around the globe.”

Davra recently signed a $100,000 (€88,000) deal with City of San Diego to manage the city’s tram network. The software connects to, and interacts with, all San Diego Trolley electronic services—including the network’s GPS system and ETA feed—allowing for more fluid services and accurate time information.

Davra has also partnered with US integrator Presidio to enable connected school bus services in Texas in a deal worth over $200,000 (€177,000). The buses allow children to access high-speed Wi-Fi, include vehicle tracking & geo-fence technology and prevent excessive fuel consumption by notifying the bus operator of changes in tyre pressure, driving styles or unusual driving patterns.

Eugene Smyth, investment manager with Dublin BIC, which manages the AIB Seed Capital Fund, said the entire way in which we, and things, interact is changing.

“Davra Networks is at the forefront of that change; driving not just Ireland’s future but the future of the entire connected world. That’s why Internet of Things companies are earning very strong valuations at present, with ten-time revenues and more being typical,” he said.