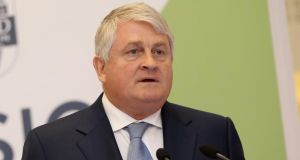 The funding round, for Flint Mobile, was officially announced yesterday at the New York City Street Fight Summit. Flint, based in Redwood, California, has developed a system that allows businesses that do not have traditional on-street shops to process payments using existing mobile phone technology.

There have been numerous large investments in the mobile payments sector over the past year as venture capital companies look to cash in on what is seen as an area potentially worth billions of dollars.

This $6 million investment is a Series B round, led by Digicel and SVG and supported by Storm Ventures and True Ventures, which first invested in April 2012. SVG is a Silicon Valley-based investment group co-founded by John Hartnett of the Irish Technology Leadership Group.

“While many others in the industry are replacing retail POS [point of sale] systems and cash registers with tablet apps, we’re focused on empowering the ‘non-countertop’ businesses that operate outside of a store and have different requirements. As a result of strong demand for our unique approach, we’ve seen transaction volume grow by more than 10 times in under a year.”

Digicel’s Damian Blackburn will join the Flint board as part of the deal.