Deal frenzy sweeps through US cable and broadband providers 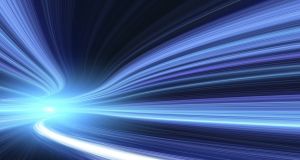 TPG, the US private equity group, joined the deal frenzy that has swept through America’s regional cable and broadband providers as it agreed to acquire RCN Telecom Services and Grande Communications for $2.25 billion (€2bn), including debt.

The deals add impetus to the wave of US cable industry consolidation. Companies are joining forces as they bet that demand for broadband internet services will continue to grow on the back of higher online consumption of content.

TPG is paying owners Abry Partners $650 million for Texas-focused Grande and $1.6 billion for RCN, which operates along the east coast, in two separate transactions, the company said in a statement.

The US cable industry is undergoing a shake-up as consumers increasingly watch content on the internet, rather than on television sets.

Consolidation could help cable operators compete more effectively with a new generation of online video services such as Amazon and Netflix, and also better withstand the growing pricing power of content providers.

These factors recently led Charter Communications to buy Time Warner Cable and Bright House Networks for more than $90 billion, creating the second-largest cable operator in the US. Other notable deals include Altice’s takeover of Suddenlink Communications for $9.1 billion and Cablevision Systems for $17.7billion, and AT&T’s purchase of satellite provider DirecTV.

“The way that content is distributed and consumed has evolved significantly in ways that create an overwhelming demand for affordable, high-speed cable networks,” said David Trujillo, a TPG partner.