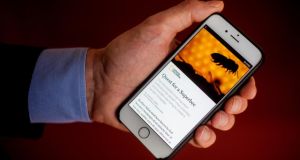 Facebook has teamed up with nine news publishers , enabling them to publish articles directly to the social network’s mobile news feeds through a new tool called Instant Articles.

To date, news stories have taken an average of eight seconds to load, according to Facebook, and are by far the slowest single content type on the social network.

“Fundamentally, this is a tool that enables publishers to provide a better experience for their readers on Facebook” Facebook chief product officer Chris Cox said.

“Instant Articles lets them deliver fast, interactive articles while maintaining control of their content and business models,” he added.

Facebook said the news publishers can either sell and embed advertisements in the articles and keep all of the revenue, or allow the social network to sell ads.

News companies will also have the ability to track data and traffic through comScore and other analytics tools.