Project will support up to 2,100 jobs and is expected to be completed in May 2017 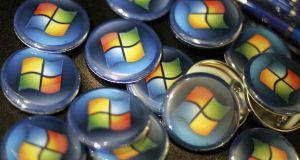 Construction work is underway on Microsoft Ireland’s new campus building in Leopardstown in Dublin which is being developed by BAM Ireland in a contract estimated to be worth more than €100 million.

Microsoft, which is celebrating its 30th anniversary in Ireland, has said it intends to move staff to the single site. The move will see the firm leave the Atrium building in Sandyford Industrial Estate, where it has been since 2002, and two buildings in Leopardstown.