Brandtone hopes to Konnect with customers 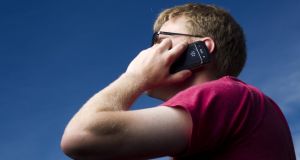 Brandtone’s new platform will work across a range of phone types, including smart and feature phones. Photographer: Brent Lewin/Bloomberg

Konnect is capable of sending targeted messages to millions of customers, Brandtone said, allowing firms to engage with customers via mobile in fast growing markets by creating campaigns in real time and sending them at the touch of a button.

The company called in Unilever executives Luis Di-Como and Rahul Welde to help unveil the new platform. The global group is just one of the businesses Brandtone works with, with SAB Miller and Mondelez also counted among its customers.

The platform gives marketers access to large permissioned database, which means they can create a relevant brand offer create the promotion from their laptop or mobile device.

The Konnect platform will remove the need for months of planning and agency support, allowing companies to promote brands with a few clicks. The promotions can be built for all types of phones, including feature phones.

Chief executive Donald Fitzmaurice said the platform would allow brands to build relationships directly with consumers in emerging markets, and see the response in real time.