Based in Silicon Valley, Boxfish, which employs 20 people, has to-date raised $10 million 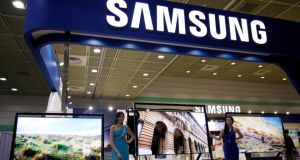 
Boxfish, an Irish-founded start-up based in Silicon Valley, has raised $7 million (€5 million) in a new funding round led by Atlantic Bridge Ventures and Samsung. The move will assist the technology company, which helps television viewers find shows they’d like to watch, expand outside the United States, including opening an office in Dublin. “The plan is to hit Europe through the Dublin office,” Eoin Dowling, the Kerry chief executive of Boxfish said.

He said Boxfish already had three staff in Dublin based in the South William Street office of Tribal.vc, an Irish venture capital fund, but it planned to expand this to 15 within 18 months. “Our plan in Ireland is to establish and expand our R&D functions,” Mr Dowling said.

T-Venture, the venture capital arm of Deutsche Telekom, was a seed funder of the company, and remains a supporter. Mr Dowling, who previously founded Red Circle Technologies, which was sold in 2007 to Zamano for up to €24 million, said the idea of Boxfish was to “let’s index TV the way Google indexes the web.”

Boxfish works as an information engine which can tell viewers instantly what is hot on television as well as tracking topics they are interested in and alerting them when they are on air. Mr Dowling said new investors would help Boxfish expand.