Blockchain technology has room to grow, if encouraged 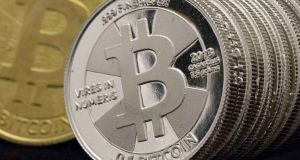 Blockchain technology is becoming a core component in the digital bitcoin, where it serves as a kind of public ledger for transactions. Photograph: Reuters/Jim Urquhart

Ireland can be a significant player in the blockchain industry – if the country moves quickly, the organiser of an international event in Dublin has said.

A blockchain is a distributed database that maintains a continuously growing list of records, called blocks, which are considered secure from tampering and revision.

Kevin Loaec of the Dublin-based consultancy Chainsmiths said there was little encouragement for start-ups in the blockchain sector to come to Ireland, although the support from larger companies was good.

“We’re not moving fast enough from the Central Bank or Government side of things yet,” he said.

This year’s second annual Blockchain hackathon follows last year’s event, when the focus was on raising awareness about the technology and its possibilities with the Government, and to get industry on board.

“It’s a hot topic right now,” said Mr Loaec. “People hope it is the next big thing after the internet as a technology. As an industry, it will change a lot of things – how we do business, how we live.”

Participants were given 50 hours to create a blockchain project from scratch. From 30-40 pitches, a final 15 was voted. The top three were pitched at the end of the event on Sunday, and the winners walked away with a €5,000 prize. The runner-ups received €2,000 and €1,000.

More than a third of attendees came from outside the US, giving the event an international flavour. “The event has a good reputation abroad,” Mr Loaec said.

“We need start-ups to get an industry going,” he added, noting that it is startups who are the best placed to try things that bigger companies and large financial institutions would not. “They try, they fail or succeed, but they try. They have less to lose.”

One of the major problems in attracting early-stage companies, he said, was the cost of accommodation in Dublin, which “can be a big problem”. One solution, he said, would be an accelerator aimed at blockchain start-ups, which would allow them access low-cost office space in the city.